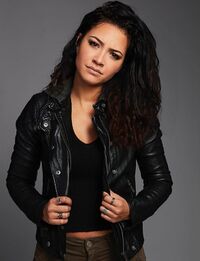 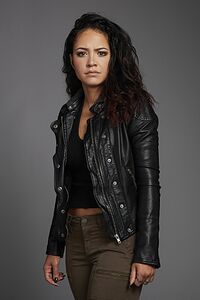 Peregrine Tygin, also known as "The Erinyes", is a Bajoran pirate operating in the Shoals. She is the Helmsman of the former Starfleet vessel SS Wildfire

She has been a pirate since Twenty, but only in the last 3 years has she become high up on the Shoals’ most wanted list. 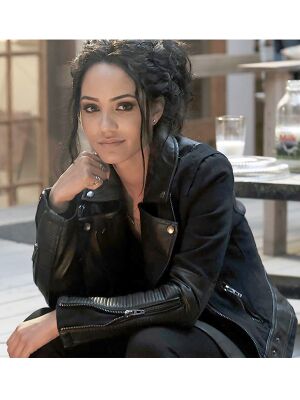 Born to unknown parents on Shadows Edge, Tygen was raised in an orphanage along with hundreds of unwanted children. Early on she found out she had an extremely high hand eye coordination, playing games in local arcades. At age 12 she left the orphanage of her own accord along with several of her "brothers and sisters". Together the formed a go-gang, The Throw Aways. Over the next five years the Gang ran the Shadows, right up to the Edge, eventually Tygin and her crew took one risk to far, on a warm Summer's night they met their end. In on stroke a rival gang wiped them all out, Tygin survived only because the other Gang didn't check for survivors. Waking in a clinic, Tygin vowed vengeance against the members of the rival Gang. In one bloody night she killed over a dozen beings. Reigning down Vengeance like an ancient demon. The Colonial Marshall Service placed a warrant ou for her arrest the next morning.

Running from the law for over 10 months, Tygin found herself "dancing" in a "club" owned by a bitter and mean old Orion, The Marquises, trying to save enough Latinum to buy herself passage out of the Shoals. One night a particularly fat and smelly Terran got a little too "familiar" with her, pulling a hidden blade from her hair, she cut down his bodyguard, and with a boot to his throat, he offered her a place on his Crew. Having unknowingly killed The Cap'n's Pilot, Tygin got the job, her unnaturally high hand eye coordination made her a natural at piloting a Starship. Flying with the Cap'n these last three years, Tygin has fit in right with the Crew as is easily the most savage of the Crew. Through the brutality she inflicts on the battlefield, Erinyes renewa the vigor of the Crew, often engaging multiple enemies at once with unbridled rage. Despite her fearsome wrath, Erinyes is also tactically adept, coordinating with other vessels to surround Enemy Ships as opposed to merely flanking them. Although Erinyes has no qualms about engaging enemies on the ground, she preferred to fight from air and space.

Erinyes is not only physically stunning, but dangerously capable, highly disciplined and unfailingly loyal to the Cap'n. When hunting prey she shows both ruthlessness and cunning, exploiting her angelic appearance and tempting those she comes across into committing wicked acts.[ The relationship between Erinyes and other members of the Crew is a conflicting combination of admiration and hatred. Having come from nothing as opposed to the Haves, Erinyes views herself as innately superior to other Piratea, causing a mutual disdain between herself and others. Other Crew greatly envy Erinyes, yet at the same time, they are inspired by her indomitable fury. Feelings of lust and idolization clash with hostility so much so that she and others in the Crew occasionally disobey the Cap'n and met one another with violence.

Erinye wears a black leather flight jacket, cargo pants, and calf high boots. She has adorned her jacket in multiple patches from multiple worlds flying services, across the back is a stylized picture of herself as an Erinyes. Tygin has a large set of wings tattood across her back. She carries a Klingon disruptor in a thigh holster. A large knife is kept in a sheath in her left boot 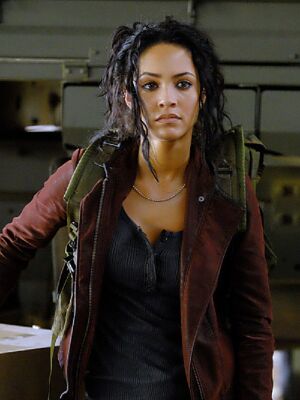