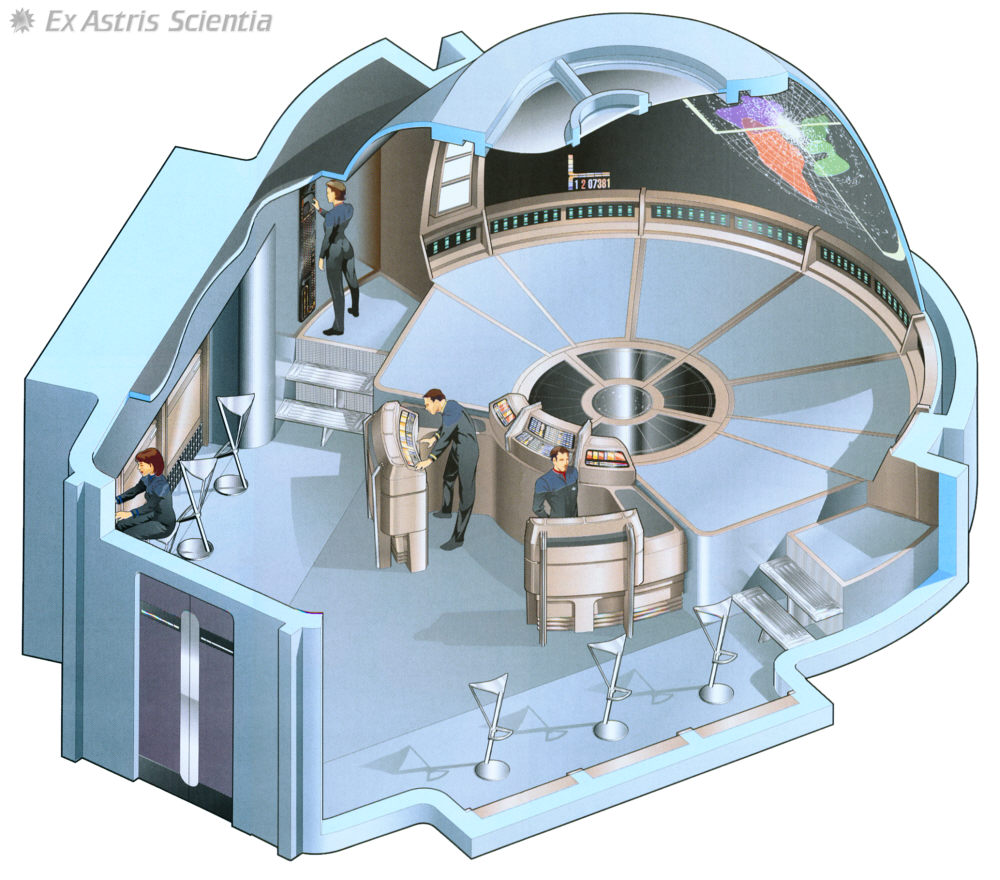 Utilizing advancements in sensors and scanning technology, the newer Intrepid-class starships not only feature a Stellar Cartography lab, located on the starboard side of Deck 8, but the revolutionary Sensor Operations Stations lab, on the port side. While Stellar Cartography is a sophisticated navigational tool, the SOS lab was modelled on the Combat Information Centers (CICs) of the more combat intensive vessels, such as the Prometheus-, Saber-, and Sovereign-classes, and are intended to provide a better scientific look at the universe.

CICs are tasked to locate and track multiple targets, coordinate tactical sensors, datalink fighters and gunships with other capital ships, and are multi-person stations on the bridge. Taking advantage of a much larger area, the SOS is meant to operate long range multiple probes by subspace tethers, sensor link data to multiple smaller ships and shuttles, collate data from multiple sources, and to link the work of labs and specific sensors all over the ship. It is hard-linked to multiple stations on the bridge, including Ops, Conn, Science, and Tactical, allowing them instant access to all scientific data obtained by sensors, shuttles and probes.

Regular ship operating procedures require the SOS lab to manned at all times by one person, though when actively doing science as related to mission profiles two to four additional personnel may be assigned as needed.