From 118Wiki
< Tya Dirsye
Jump to navigation Jump to search 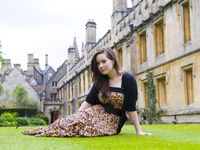 Tya in stables yard of the Amal Estate

Tya was born as second child to the middle son of Lady Althasana (named by the Altha, deity of Peace and Stability who was Tent’h House deity and protector for centuries). House is the Keeper and protector of Sacred Tree of Altha, which is actually a piece of wood which is so old and looks more like a piece of stone, feels like a piece of stone and is kept in the glass jar with strictly controlled conditions of pressure, temperature and most important moisture.

Tya was from her early childhood trained to be Lady of the house. It left her brother and other Family children uncared for, what made them cold and distant to her. Tya was not lonely; she was often with kids of her status, so lack of time with family was never great concern for her.

She knew that she can have everything she wants if she will do as The grandmother asks from her and she was doing as she was asked. Tya loved both playing instruments and sport, so that part of her education was never a problem for Tya, problem was learning what she was required to learn for school, for her regular education.

Since her grandmother was diplomat, Tya was traveling a lot and often. She loved learning about various places she visited and her Althasana finally found a way to teach her granddaughter. It was obvious that Tya is a visual type, so after many years of refusing it, old lady finally built holodeck on the Family estate. Soon her education improved, since reading was never her forte, but holodeck circumvented the need for staring into monitor with letters.

When Tya was 10 she met Roay for the first time since the engagement. It is rare that Betazoid children start developing their mental powers before the age of 12-13, but this encounter started it for them. They could feel each other’s emotions and hear thoughts from the first meeting. They still couldn’t communicate with the others, even very powerful psionics and that was proof that they are meant for each other. Tya played in her very first concert with her father for some diplomatic guests and Roay arrived with his father who is an esteemed diplomat as Tya’s grandmother Althasana. Tya was very nervous and lost and he gave her strength she wouldn’t be able to gather otherwise. It created a bond nothing broke to this days. 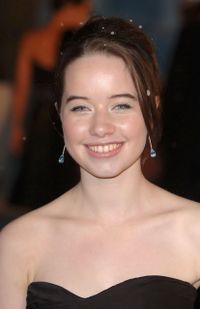 Tya improved her grades and despite the time she was spending in diplomatic travels with Althasana, her time regularly rehearse for concerts and training and playing tennis on tours, she was accepted to university of Betazed early.

After a year on the Academy and working with her Grandmother now a lot and assisting her, she was because of her good conduct was accepted as assistant in office. Tya wanted to be Ambassador, but she felt that something very important is constantly missing. When she finished University of Betazed she was still not content with her life and education, she was not ready for life and didn’t know what she is actually missing.

She was now regularly spending time with Roay and she was happy in love with him, so one night she asked him to marry her. He didn’t literally did it, but he actually refused her. He knew she is not ready and he didn’t want to get into marriage with her till she will really want it. They were seen as a perfect couple by everyone who was attending many receptions Althasana was organizing on the Estate. They were both highly educated, both musicians beside and both athletes. Still something was missing in Tya’s life.

Tya had everything and it was more the reason to wonder why she is not content with her life. After several discussions with her Grandmother who was badly unhappy because of her “bad behavior”, they decided that Tya needs some discipline. Discipline, as she didn’t have it whole her life. Althasana found the preparatory programs for the Starfleet Academy and hired tutor to help Tya prepare for entrance exam. Tya passed the exam unquestionably.

During her first year on Academy, Tya was still regularly playing concerts, but now she finally got to the level of education that she knew it can never be her life. She was not perfect enough in hearing tones and intonations.

Similarly, she was getting lower and lover on the ranking lists as a Tennis player and it was not as appealing to her any more. The time she was spending in training was not worth the effort. Still, she never stopped playing regularly at least an hour every day same as will train in gym for an hour and play Tennis for at least half an hour if not occupied otherwise.

Tya was still regularly going on diplomatic missions with her grandmother, but for the first year she chose something completely different in her education. Tya Majored in tactical and minored in engineering. While Tactical never posed any trouble, engineering classes wore her off and for the second year she decided to take Diplomacy instead of engineering.

Time between first and second year of Starfleet Academy Tya spent with Roay. Actually he spent this time with her, since she decided to undergo a surgery on her knee she was postponing during her whole Tennis career and after she healed enough from that surgery undergo another to remove all the scars from various injuries and surgeries she had during her life.

In third year Tya returned to engineering, choosing it as a major this time. It was not easy, especially with piloting starships as minor, what was lot of learning for her all over again. She was good in piloting small vessels before her arrival to Academy since she was assisting with piloting their yacht during various diplomatic missions she attended with Althasana. This was a year she ended with lowest grades, but managed to avoid failing any of exams.

For final year Tya chose only engineering major. In the last year she moved from Earth Academy to the one on the Starbase 118, where she also did her final exam.

During her time on Academy Tya met lot of people, but nobody particularly attracted her attention. She was still spending lot of time with Roay, with her grandmother on various missions and with Diplomatic corps. Between all that and her learning disorder she didn't have much time to mingle between students.

Tya started her time aboard the USS Tiger-A with news that her fiancée was lost with whole expedition in Betreka Nebula. Search and rescue expedition was sent, but till she left on a mission with USS Tiger-A, there was still no news from them about the expedition or from the expedition themselves.