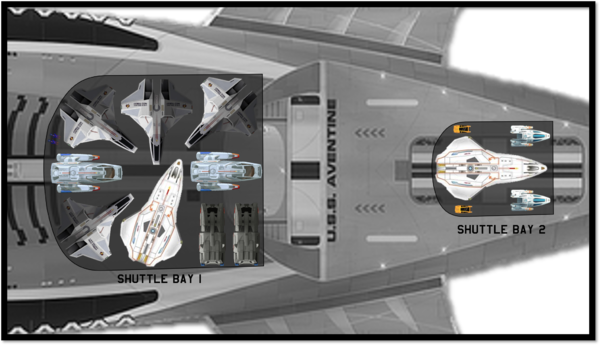 The Thor acquired two Single-seat Anti-Grav crafts referred to as SAG's. These 'engines with wings' are capable of maintaining a variable hover over a surface from one to six meters with a top speed of 150 kph.

The Type 9 possesses limited amenities, and though furnished for two pilots and four passengers, can be crewed by a single person if necessary.

For support Marine missions, the USS Beowulf (NCC-82607/5) and the USS Molhinahr (NCC-82607/6) Argo Class shuttles are assigned to the Thor.

A 4-craft detachment of Valkyrie class fighters are attached to the USS Thor, providing significant flexibility during independent operations.