The Prime Directive in regards to Microbial life 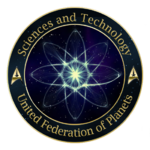 The Prime Directive in regards to Microbial life

The Prime Directive, officially called the Starfleet General Order 1, calls for the unhindered continuation of cultures in regards to natural evolution and the normal development of life. It is a cornerstone of Starfleet instructions, priming captains and officers to prevent the intrusion of any alien life that is not yet as developed as the Federation. The order even takes precedence over all others, including those regarding safety, medical urgency, or violence.

However, the Prime Directive is lacking in some respects, and has been adjusted numerous times to include the lives or primordials, non-corporeal, and even those of Artificial Intelligence not yet achieving space-flight. There is however one aspect that has been absolved for many years from the Directive: that of bacterial and viral life.

As is the general census, bacterial life, and in fact all uni-cellar organisms, lack the ability of sentience, or basic sensory abilities in general. Therefore, while they exhibit biological symptoms and are therefore deemed 'alive', they are not included in any regards in Starfleet regulations, beyond the obvious safety precautions that they should be handled with care, as most are pathogenic to humanoids.

However, as is derived from the General Theory on Evolution, most human life was formed from the combination of uni-cellular organisms into a multi-cellular being. The amino acids necessary for life, however, was already present in the primitive microbes that preceded them. As such, the microbial lives have a direct ancestry to most humanoid forms, and with the inclusion of Dr. Galen's theory of the prime form of humanoid life, this extends even further into the past.

As stated above, the Prime Directive is a two-fold command, both regarding the cultural development , and the natural evolution of species. In the first regard, microbial life is deemed outside the normal norms of what culture resembles. There exists no form of social nor psychological evidence to suggest that microbial life is capable of what in normal terms would be considered 'cultural'. However, they exhibit two natural phenomena attributed to cultural development: the forming of 'groups', and 'interaction' between different cells. However, since these phenomena inhabit the microscopical level, it would be illogical to compare them to acutal macroscopic culture.

In the second regard, the Prime Directive is problematic. Although microbial life shows little signs of evolution on the short term, and in fact some species are billions of years old, they are in a continuous state of development. And as evident with Hodgkin's Law of Parallel Planetary Development, there exists countless worlds on which microbial life is still in development, possibly reaching humanoid stages over a matter of millennia.

III. The State of Sentience

The debate regarding sentience has been raging for several decades, especially with the rise of android and holograms. This begs the question regarding what sentient life exactly exhibits. Since holograms are simply matrices of electronic waves, and androids are guided by electro-neural paths similar to Terran brains, what class of sentience would microbial life exist in? According to Richter's Planetary Development Scale, bacteria and microbes would inhabit an unknown rating lower than AAA, which alludes to non-sentient life forms. With this in mind, the Richter's scale would prevent the Prime Directive from being violated, since most ratings lower than G are regarded as less advanced that that of the Federation. However, microbial life does not have any rating level, and therefore are not barred by the Prime Directive. It is a double-edged sword, as Terrans would say it.

If parallels should be drawn between the Richter's scale, Dr. Galen's theory, and Hodgkin's Law, microbial life is not sentient. In fact, it is even far below this, and so there must drawn conclusions regarding the consciousness of these lifeforms. 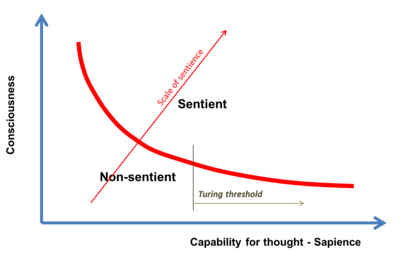 As stipulated above, Sentience is a relation between sapience and consciousness. The red line correlates to the boundary between what is considered sentient and what not. The Turing threshold, introduced by the Terran computerist Alan Turing, is a common term to determine whether a AI is sentient or not. This threshold was used in numerous cases determining Android sentience, in particular that of Lt. Co. Data onboard the Enterprise-D.

In general, consciousness is regarded as the ability to perceive outside influence or awareness of one-self. It has been termed rather loosely over philosophical time, inhabiting terms of feeling, wakefulness, selfhood, and qualia or experience. If the question is asked as broadly as consciousness is termed, than the logical solution to the problem would be a sound: 'No'. Microbes do not exhibit a sense of selfhood, and do not have the ability to retain past events nor predict future ones. However, if the question is specified upon awareness, then microbes experience that form of consciousness. It exhibits the ability to act upon outside influences, it regulates its internal environment. While their asexual procreation leads to an exact copy of the mother cell, techniques such as bacterial conjugation, transformation and transduction are akin to sexual reproduction. As such, they are capable of following the rules of Darwinian evolution:

In regards to natural selection, bacteria have the same mechanisms as most faunistic life. Benevolent characteristics are shared through conjugation and transformation, while erratic genetics are erased through the mechanics phrased as 'survival of the fittest'. The second rule, genetic recombination, is somewhat different. While binary fission leads to no genetical variance, interactions between bacteria can lead to the introduction to other genes akin to recombination. While this process is slow, and many times more slower than meiosis, it is a form of evolution nonetheless. Concerning selective evolution, Hodgkin's Law provides a convincing answer to different environmental development. As such, bacteria exhibit the same types of evolution within different environments as humanoids do. Yet, this differentiation is many times more numerous, with more than billions of types of bacteria existing. It is therefore difficult to determine whether selective evolution has led to direct evolution. 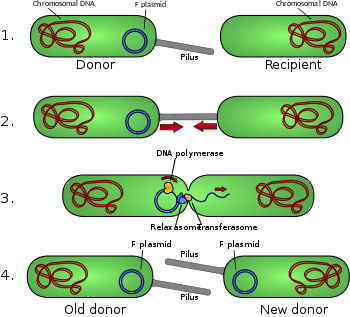 -Steps in Bacterial conjugation, a resemblance of 'sexual procreation'.

As has been disseminated in this article, microbial life exhibits no signs of sentience in any regards. As such, the question of violating the Prime Directive in that regard is answered satisfactory. Yet, bacteria do show signs of both awareness and natural evolution, pending the question whether it's development is to be disturbed. This leads to other kinds of questions that are rather more philosophical and ethical in nature. Such questions would rather be left in the field of justice and law, rather than science.

The questions of microbial life, and whether it has any rights at all, alludes to the issue of animal rights. However, the differences are manifold in that respect. Animals show deliberate sentience, being able to perceive and feel emotions. As such, they to have a right to pursue happiness in their own regard. Secondly, bacteria inhabit a scale which normal humanoid life is incapable to perceive, requiring the aid of microscopes. Therefore, as is evident in daily life, microbes cannot be regulated. They are, most broadly speaking, everywhere where there is other life. As such, it would be inconceivable to regulate in any matter which rights should be attributed to them, and least of all could they be enforced.

Therefore the question of 'microbial lifes' does not lay in those that are readily discovered. Instead, the question must be put into the exploration of new worlds. Microbes discovered on worlds that are being examined for the first time, are, according to both Hodgkin and Dr. Galen, capable of forming sentient life forms in a timespan that might me many millennia. It is therefore up to captain's, who have the order to enforce the Prime Directive, to determine the probability of sentient life forming within a foreseeable future.

If Hodgkin's Law is employed, in combination with Darwinian evolution, Mendelian heritance, epigenetics and developmental evolution biology, then the general timespan in which microbial life tranforms, eventually into multi-cellular eukaryotes such as plants and animals, is generally perceived at around 4 billion years. Evidence that corresponds with this would be the evolution of live on Earth, which took around 4.2 billion years. Dr. Galen's theory corresponds with this, theorising that the earliest evidence of the humanoid genetic code dates back to at least 4.5 billion years.

It would be illogical to assume that Starfleet would enforce the Prime Directive due to the probability of microbial evolution at a rate of 4.5 billion years. However, there are characteristics enough that determine at which stage in evolution microbes reside. As such, a logical and agreeable timespan should be implemented to protect planetary development according to Richter's Scale. Since this scale is almost 200 years old, scientists, ethicists and lawyers should amend the scale to incorporate those planets which express vibrant microbial development.