The Piktar system is a relatively unknown and useless star system where two dead planets orbit a dying MV Class star. It is presently the home of a research facility Prometheus Station that starfleet uses to conduct many different experiments.

In mid 2392, The Federation and the Peppalexan came to an agreement allowing the Federation to remove its resources from the system and return it to the Peppalexan sphere of influence. Because of the damage inflicted on the Prometheus Station, it was destroyed in a controlled detonation instead of being removed. 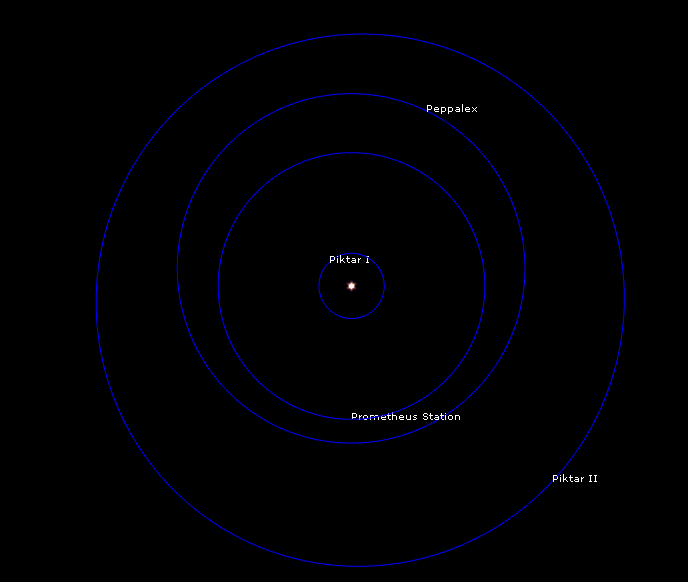 Encountered in: A Very Strange Signal

Not sure if it was caused by the sub-space distortions released from Prometheus Station or some other phenomenon, but the homeworld of the Peppalexa has appeared in orbit of the Pikta star.