From 118Wiki
< Piktar system
Jump to navigation Jump to search

Piktar I is a frozen wasteland that has grown cold from the dying star that it orbits. It still has a thin, but breathable aptmosphere and is buffeted year around by horrible snow storms that sometimes covers half the planet. It is unknown if Piktar I ever had life on it to begin with. 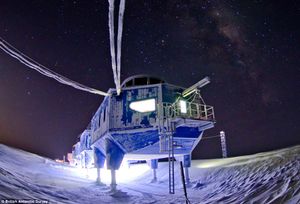 The planet is presently the home of a small research outpost conducting ground based experiments and is linked up with Prometheus Station. Outpost Bravo is the home of 76 scientists and 48 various personnel.

The station is equipped with two airlocks, the first used for the coming and going of personnel and the second as a backup if the station faces a catastrophic issue. Each location is included with not only enough EVA suits for the staff, but also a decent amount of spares for repairs, backups, and visiting personnel.

The kitchen is a full service station equipped to provide for the whole entire crew. There are not only facilities for real cooking, but also banks of replicators to assist for non-cooked meals.

The Main Laboratory is filled with all manner of scientific equipment to help maintain and study the facility's biologicals. This is where most of the scientists spend their time working. 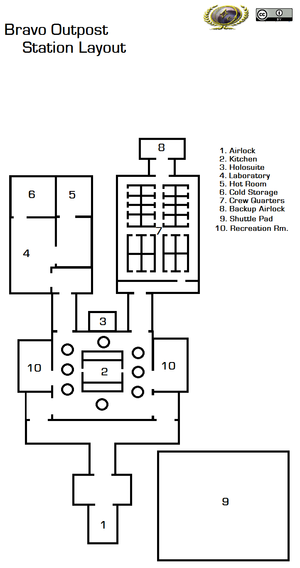 Outpost Bravo, being the premier research facility for biological entities is equipped with a hot room, where containment protocol is at its max. This is the location that people study the highly dangerous items that if released, could cause immense damage to the population.

Cold storage is a containment facility that funnels the frigid atmosphere of the planet in to the room so that specimens stay in a permanent state of inactivity.

Crew Quarters are made up of both small double occupancy rooms and executive suites. The Executive suits reserved for the station's director and visiting dignitaries.