Kalos Fiorr the Chief Engineer aboard the USS Juneau. 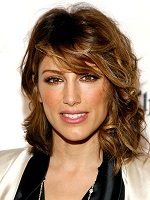 In order to survive Kalos used his talents as a computer expert and started a career as a private detective. In one of his first cases, he was trying to help a client who was blackmailed by a gang. In order to get more information about those responsible, he broke into a police computer. After two days Kalos was arrested and prepared for trial.

Still feeling responsible for his son's actions Grean Fiorr hired the best lawyer on the planet and managed to keep Kalos out of jail in exchange for a massive fine. After this Kalos felt remorse for his actions and applied to the academy to make something of his life. Over the years he turned out to be a great engineer but in the end, he chose a science career with a specialty in cybernetic warfare and changed his gold uniform for a blue one. For 6 months Kalos worked as the chief science officer but he got bored of all the small science projects that had nothing to do with computers. When Kalos brought this up with his CO she offered him a position at OPS as a cybernetic warfare expert.

In this role, he was also dispatched to the USS constitution to assist with a virus problem that cripled the ship. Glad about the help Kalos provided he was given the opportunity to stay and serve as the ships chief OPS officer and taken the position as the second officer. Kalos gladly accepted.

After a tragic incident, he was eventually forced to retire for two years. After his long healing therapy, he was reassigned to the USS Eagle as Chief Engineer but that only lasted for a few months. When the crew was moving over to the USS Juneau Kalos was back at the position he favored the most. OPS.

After getting exposed to an alien virus of some sort Kalos Fiorr was declared unfit for duty. He claimed there was a strong presence inside his head. With a series of shock therapy and intense counseling, he was sent home. After two years he was allowed back into service.