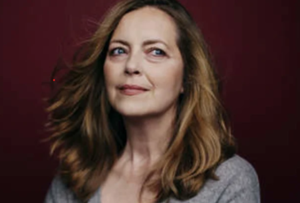 Hayley Ukinix is a Human viticulturist living outside of Tanunda in the Barossa Valley wine region, on the continent of Australia on Earth.

Hayley was born in Mildura, Australia. She studied viticulture at the University of Queensland. 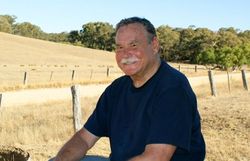 As part of her university course, Hayley's class were given an assignment to learn about different horticultural methods used throughout the Federation, and Hayley picked to write a paper on Betazed. During her research she discovered limited information about the Ukinix family and the Ninth House of Betazed. She contacted a representative of the house named “Astradem” Ukinix (as he was then known) to get information about Betazoid horticultural methods.

Hayley and Astradem kept in constant contact with each other. Eventually Hayley declared to Astradem her love for him. That was the last she heard from him, until six months later when he surprised Hayley by visiting her at a winery in France that she was working at as part of her studies. They began a relationship soon after, and eventually married.

Soon after their marriage, Hayley was given the opportunity to own and operate a vineyard outside of Tanunda. Hayley named the vineyard "Terra Tanunda". The vineyard was initially only a grape supplier to wineries, but eventually started to produce a small amount of its own wine, branded "Terra Tanunda".