Ensign Chris O'Hanlon is a Terran/Betazoid doctor who served as a Medical Officer on the USS Mercury. 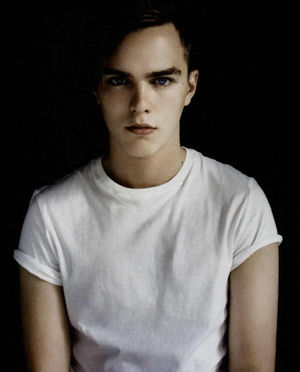 Chris during the Academy

Chris was born in Ireland. His father was a doctor at Starfleet Medical in Ireland. His mother was an Ambassador for Betazed on Earth. Yaxara Morganth is a member of the Third House of Betazed. Having moved to Earth when she was young, she met Chris' father Leslie.

Chris grew up the only child to his parents. He was also the only person not a full terran his age in his area. It was hard to grow up in that situation. His really dark eyes were what gave him away.

He began to develop telepathic and empathic abilities. His mother didn't know how to help him with this herself so they both moved to Betazed for a year. Even though Chris wasn't an outcast here, he still didn't feel home. They returned to Earth and eventually enrolled in Starfleet. While there he met many people, also who includes his ex-boyfriend. Chris' first love. It didn't last to graduation.

Now Chris is a Starfleet officer who is just trying to explore the universe. Something he always wanted to do.

Chris is a very approachable and friendly person, even on his bad days. He rarely even has those. He seems to put his work before others, maybe even himself. He sometimes gets horrible sleep but that's not all because of his work. Chris suffers from terrible nightmares. But there a bit more than just a 'nightmare' it's always the same kind. There's something chasing him, scaring him so much. In the end it doesn't end well and Chris wakes up screaming (to his room mates dismay) feeling that every single detail was real. He never went to anyone about this yet. He went on Shore Leave to see if it would help it, but it only seemed to keeping it hidden, for awhile at least.

He can sometimes be over emotional over the empathic abilities he has. The more tired he is, the harder it hits him. He seems like a normal, confident person but he has many insecurities. Some of which make him wonder why he is even a member of Starfleet in the first place. He feels comfortable in the presence of other doctors. Or even just being in Sickbay. He hates large groups, because he can sometimes get paranoid. He would go out though if it meant making more friends, or even just enjoying the company of his co-workers.

Chris always admired his father skills and love for Medicine. Chris knew he wanted to pursue a career in this with or without Starfleet. It was actually his father's idea to enroll in Starfleet, which he did. He always had a love in the study of Music and Art, because of his mother. She is a very talented woman and wanted to pass that on to her child.

Chris can play piano and violin. He prefers to draw in pastels, but can also work with paint and other mediums. He has a love for the history of art. If he didn't get into Starfleet to become a Medical officer, and couldn't do medicine anywhere else. He would have gone for a career in music or art. 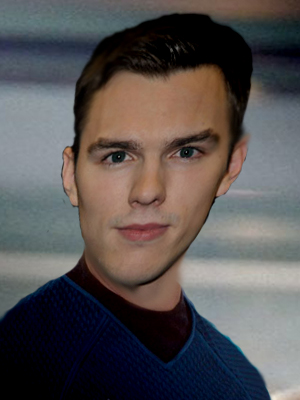 In 2384 Chris took his Starfleet entrance exam and passed.

In 2384 he entered the Academy as a Cadet which would last four years.

In 2388 in his last year at the Academy, Chris served on the USS Centris as a Medical Officer.

In 2388 Chris graduated from the Academy and was promoted to Ensign, he was posted to his first ship.

In 2388 the crew of the USS Aurora were all transferred to Della Vetri's new vessel, the USS Avandar. 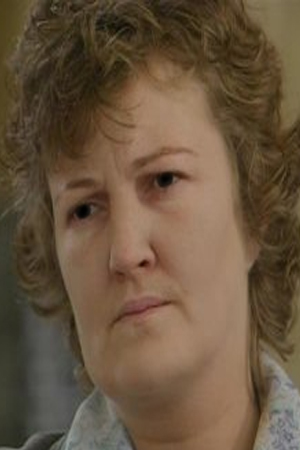 Chris has a very strong relationship with his mother, Yaxara. They are both members of the Third House of Betazed. When he was younger, they talked telepathic. She taught Chris a lot of the basic needs for survival in this world and because of that he will always love her. He can sometimes feel like she is a little 'too involved' in his life, and this can be a hassle for him sometimes. He knows he doesn't like thinking it, but he's happy he is on a ship where he doesn't have to see her everyday.

One of Chris' biggest fears is that he would die in the line of duty and knowing his mother would be heartbroken. He is also the only person she enjoys sharing her thoughts with, something that helped them bond. She sees a bit of herself in him.

She grew up on Betazed and moved to Earth when she was young. She was sent there as an Ambassador from Betazed to live on Earth. She met Chris' father, Leslie O'Hanlon. The two married and had only one child, Chris.

Chris' relationship with his father isn't as strong as it is with his mothers but it is there. 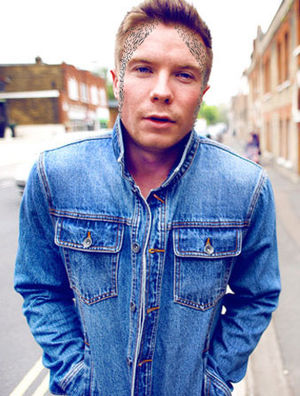 Eric Sheehan was an unjoined Trill who Chris met in his first year in the Academy. His father was a joined Trill and his mother a Terran. Chris never thought much about any romantic interests before he met Eric. Since the first time they met, they just clicked. They began to date and it wasn't long before Chris was swooned with Eric's charming talk and soft smile. It made his heart melt every time he saw it.

It wasn't long before a tension grew before the two. It wasn't over anything bad like unfaithfulness. They just both simply began to see less and less of each other. Eric was studying his own thing, while Chris was studying to become a doctor, it became too stressful.

They broke up as Chris' fourth year was coming up and he was leaving to go on his year voyage with the USS Centris. Eric however was going to be graduating that year. It was a mutual decision and it broke Chris' heart. They knew it was the right thing to do. A few days on the USS Centris, Chris found a letter put away with his stuff from Eric telling about all the things he would miss about him. He hasn't heard from Eric since.

Eric was the only person Chris shared a telepathic connection with that didn't need physical contact or was his own species.

Chris hasn't suffered any major medical problems in his life so far. Other than on his last mission on the USS Avandar. He got badly hurt. He had a broken rib, which punctured his lung, he had several broken bones in one of his legs, including the foot. His arm was also broke. While he was walking through a corridor, the ship went out of control and crashed into a planet the crew were going to investigate. Support beams fell on Chris after he was trashed around from the loss of control. This also lasted in a minor concision.

None of these injuries stayed, Chris died. But seemed to wake up on the ship along with the rest of the crew who spent ten years in their 'dream'. It was a rather unusual experience, which pushed Chris over the edge mentally. Before the crash he was plagued with horrid nightmares and it was just the breaking point for him so he took a leave of absence. When he was cleared by a councillor on Betazed he returned to Starfleet.

A drawing of Chris'

Chris is a very stylish and trendy person when off duty. He does however spend most of his time in his uniform.

When Chris was younger, he had a rebellious side to him before joining the Academy. He still has a slightly flare of it today but not as much. It really showed in his mid teens. Chris thinks this process he went through in his life and style, make him what he is today. He still have a nice and casual style but it's original.

Mostly today he would be seen in his uniform. But if seen off duty he is usually wearing clothes he feels comfortable. It somewhat resembles 21st century style. But he is known to 'mix it up' sometimes. He does prefer old style suits over dress uniform but when it comes to Starfleet Formal events, he will always stick to regulation and wear the dress uniform. 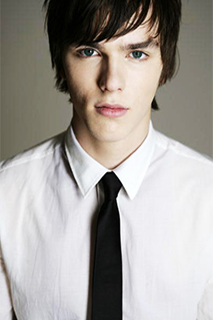