From 118Wiki
< Brayden Jorey
Jump to navigation Jump to search

The following are the personal logs of Lieutenant JG Brayden Jorey.

I have completed my years at the academy and my cadet cruise aboard the Degault. It has been an extraordinary experience filled with study, sport, and passion. I have accomplished so much, yet there is a part of me that knows there is so much more coming. Everything up to now has been like a prologue to a much more remarkable story. The spirit of my grandfather still whispers for me to prepare for difficult but amazing times ahead.

I am heading to Starbase 118, a station wedged between federation space, the Klingon Empire, and the Romulans. There I will complete my final exam aboard the USS Centris. I have no idea what to expect, which I suppose is part of the test, but I feel more than prepared for whatever they can throw at me. It will be hard to say goodbye to the Degault and Koroth, but with the ending of the prologue comes the real beginning of the story. Computer, end transmission. 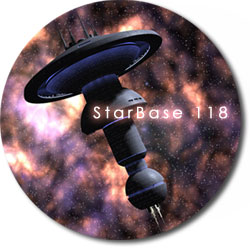 Despite being shot and apparently killed in action during my simulation with Lt.Cmdr Firestarter on the Centris, I have graduated from Starfleet Academy and have already received my first assignment. I have been assigned to the USS Tiger-A, a Prometheus Class heavy cruiser, under the command of Captain Sidney Riley. Transport has been arranged to bring me to the Bilire System where I will rendezvous with the Tiger and begin my post as a ship's helmsman.

It's not the tactical position I was hoping for, but I will be on the bridge and will have the opportunity to prove myself to the senior staff. The current mission on Bilire IV involves providing assistance to a group of displaced Romulan colonists. I will miss the Degault, especially Koroth, but I am excited to start this new part of my life. The USS Tiger-A is one of the few Federation vessels left in the Ithassa Region. It is a politically active and volatile area of the Alpha Quadrant, exactly the kind of environment that I believe I will flourish in. Computer, end transmission.

It has been just over six months from my last log. So much has happened, some good and some bad, that I guess I haven't really had the time or thought to record a personal log in six months. On my first mission to Bilire IV, I was kidnapped with Lieutenants Ah'mygahn and Tagren by a race unfamiliar to me called Reapers. We were trapped in our own minds in a shared nightmare, but were soon rescued. Following that mission we were granted leave and enjoyed time on Starbase 17. During that time Counsellor Zinna had determined that I was suffering from a sort of post-trauma disorder. Evil spirits seemed to have followed me back from the Reaper ship and the counsellor helped to cast them out at great personal cost. I was promoted to the rank lieutenant junior grade following the Billire IV mission.

The Tiger was then sent on a mission to recover a century old Federation shuttle that had begun sending out a distress call from the Hermates Sector. However, we encountered the Free Trade Union and an unknown ship. When everything was said and done, the Curie was left behind contaminating a pre-warp civilization, the FTU ship was destroyed by the unknown vessel and the entire mission was an epic disaster. However, I watched three of my colleagues be promoted to full lieutenant. All I will say on the matter is that quiet, thoughtful contemplation doesn't seem to catch the attention of command. However, from what I think is a result of the power of the unknown vessel encountered in the Hermates Sector, Captain Riley has seen fit to bestow upon me the honour of heading up the Tiger's Tactical Assault Wing and appointed me the Commander of Air Group. This is a very exciting and unique opportunity. One that I am looking forward to fulfilling. Computer, end transmission. 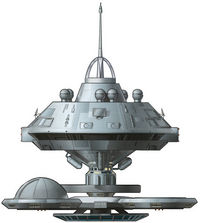 It's been just over a year now since leaving the Academy and being assigned to the USS Tiger-A. Since my last personal log a lot has changed. We are now stationed at DS 17 while the Tiger undergoes extensive repairs and the installation of a new slipstream drive that will allow us to travel even further than before. Due, in part to my success as the CAG, Captain Riley has promoted me to the rank of full Lieutenant and the Chief of Security and Tactical. I also remain the Tiger's CAG. It is a lot of responsibility, however, I feel that I have undergone exponential growth over the past year and am definitely up for the challenge.

Over the last year the Tiger's crew has also gone through many changes. We have lost Dr. Tagren, Lt. Cmdr Townson, Lt. Cmdr Wilde, and Lt. Cmdr Firestarter. Lt. T'Mihn stepped up a while back to take on a more prominent role as the ship's Chief Science Officer and Lt. Cmdr Blair remains a core part of the Tiger. We have had many fresh ensigns assigned to the Tiger-A only to have them transferred out when they seem to find their rhythm. It's as though Starfleet is using the Tiger-A to turn cadets into officers only to have them assigned elsewhere. It's frustrating, even more so now that I have the departments to run, but I have hope that some of the Tiger's newest additions will last.

Overall, it has been a tremendous year and the year to come seems to hold just as much promise. It's my hope that in a year from now I will have made Lt. Commander and will have brought some needed stability to the Security and Tactical departments. It is also my hope that one of the new ensigns will eventually take the reins of the Tiger's Independence Flight and become CAG. Computer, end transmission. 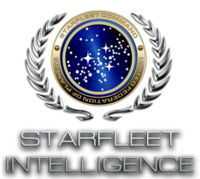 So much has happened since my last summary log. The USS Tiger-A has been decommissioned and the 'Iron Lady' has retired. The crew was split up with some heading to the USS Vigilant and other, like me, went to the USS Gemini. However, I was only on the Gemini for a few days before I was told that Starfleet Intelligence was bringing me to Starbase 118 for a month of intensive training Training Sims.

After training, I was assigned to the USS Vigilant, but before I could get there, it too was decommissioned and it's Captain, Diego Herrera, retired as well. A quick reassignment and here I am at the Embassy on Duronis II. My commanding officer, Fleet Captain Toni Turner has made the Chief of Intelligence and her Second Officer. So in the end, despite the lost ships and captains, I have ended up right where I think the gods wanted me. Although, only time will tell. Computer, end transmission.

Life at the Embassy is quite different than a starship. The sun, gardens, beaches, food, everything is more pleasant and lively planet side. Work life has been very turbulent so far. A war seems likely to break out any day with the Zalkonians, in part because of our involvement in rescuing and aiding a small faction of Zalkonians who are persecuted for going through some type of evolutionary change. The captain and others were kidnapped and rescued. The political climate seems to be destabilizing on Duronis and the Federation's presence here is coming into question.

My personal life here is tolerable, but far from anything I would deem exciting. The crew here seems primarily made up of violent, aggressive, borderline sociopaths with loose morals and shady ethics. Captain Turner seems like a princess among beasts here. Thank the gods for T'Mihn. Even though we don't get to chat over tea nearly as much as I'd like, her being here gives me a degree of comfort and helps to keep some sense of sanity.

I'm packing up now to head over to the USS Victory under the command of Gorn Captain Nugra as part of a small exchange of officers for a joint mission. I'm looking forward to meeting Captain Nugra's crew. Computer, end transmission.