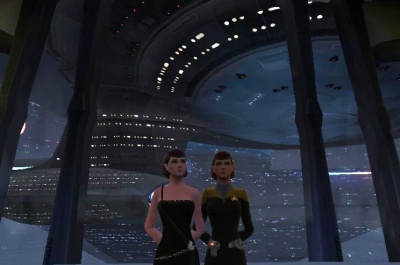 Arielle is quiet and concentrated. Arielle is not brighter sister, but despite that accomplished more than Gezelle because was always a hard worker. Whole childhood and up to the accident during the tournament on Academy Arielle was good in various sports, but best in swimming. When after accident nobody could figure out why her neural pathways would not heal Arielle was first set to return home and be invalid, but soon her adventurous spirit got her back to Academy. Arielle managed to finish it with help of her friends and a dog she got to help her in walking and finding places around the compound.

Long after the accident some other members of various teams when had accidents had same problem with recuperating as Arielle had and thorough investigation revealed that it was due to the compound spilled into water of the swimming pools which was devised as terrorist attack against young sportsman. Once the compound was analyzed the cure was found and Arielle was again able to see with her own eyes.

After the series of tests it was determined that Arielle have very low body temperature for her species also have low body defense (bad immune system) against infections and that’s the reason she got ill so fast compared to other swimmers.

Both Arielle and Gezelle were as little children sent to Betazed to be risen traditionally by female clan, what was good for their understanding of their empathic and telepathic powers and restrictions they carry. Neither would ever abuse their knowledge and powers, nor invade anyone’s privacy. Their father on the other hand, eternal rebel, taught his daughters things no Betazoid girl should ever learn. *Forbidden* knowledge he was taught in his brief stint as a member of Peacekeepers during the Cardassian occupation of Betazed.

Upon arrival to her first posting, Arielle beamed down to the planet, where got hurt once too many times in a short period and after taking down the forcefield to compound collapsed to wake up in the middle of the next mission.

Arielle awoke in the body of young trader during second jump when rejoined with crew. During the third jump to Woodstock, she was Markie, the Sound Technician. During return Arielle managed to prepare and with help from T’Lea and Fanel initiate chroniton pulse and return ship to *normal* space-time.

The Haunting of the Constitution

Possessed by one of the alien *guests* Arielle turned during this mission into their spokesperson, saving both *guests* and ship from them.

During the hijack of Constitution by Betazoid madwoman Armeni, Arielle was questioning her education and knowledge she was given by her families and a wisdom behind the forbidding that knowledge to the female Betazoids. Her determination never to use “Forbidden knowledge” was strengthened by the destruction of Ohmallera.

Lair of Light and Shadow

The mission passed mostly by Arielle. She was there to repair the satellite and was there to detect the virus in computer system and help remove it, but most of the mission was enveloped in her personal crises and the pains of growing up. Arielle had her first urge and it ended by her bonding with Klingon Counsellor, Askade D’ciq. 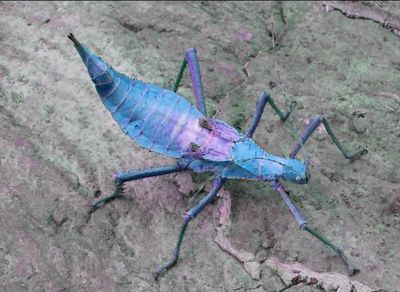 Shaken and lost Arielle requested Leave of Absence and returned to Vulcan to finish her long ago started preparations for Kohlinar, which she again didn’t come to finalize. Arielle returned to Constitution, this time as Counsellor herself. During her time on Vulcan Arielle found strange bug she named Fluffy.

First half of the mission Arielle spent trying to find her footing into new position (Counsellor) and joining an away team to the Borg Infected USS Nimitz helped a lot in giving her confidence. But that confidence was shaken thoroughly by finding Jimmy, Nimitz’s captain’s young child, one of rare survivors. When she later found out he will go to orphanage, since have nobody to take proper care of him, she offered to his Uncle to take Jimmy with her till he returns from deep space mission a year later, when they’ll discuss his status and future.

Strange disaster on the planet which left the ship without the communication with Away team, put her in charge of Conny. Arielle found it a task far over her head.

Feeling guilty for allowing her Captain to leave the ship and beam down to the planet where found his death, Arielle resigns from active duty and with her love Askade D'ciq leaves for Earth where continues her life as Civilian.

When couldn't cope with boredom of her civilian life any more and spoke with her mate, Arielle requested return to active duty and was posted aboard USS Aurora, Nova Class Science ship under the command of Commander Della Vetri. Arielle served under Vetri as XO of Constitution and Arielle found this reunion as one of the happiest in her career.

Arielle arrived to USS Aurora during it's infiltration mission into Scarlet Brotherhood base on Farius Prime, where landed a hand during extraction of the infiltration team.

Upon return to Earth, Della Vetri was promoted to Captain and the crew was transferred to newly commissioned USS Avandar, Luna Class ship.