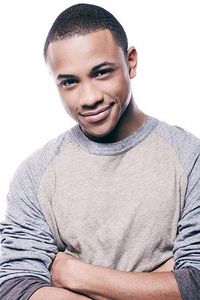 After the Dominion War in 2375, Joseph Washington and Martina Shevchenko settled in Coridan, where Martina had found a job in the private sector as an engineer. Joseph remained in Starfleet. Anton was born later that year on Coridan on stardate 237511.16. He is named after his maternal grandfather.

Anton is played by the writer for Raissa Moonsong.