Petty Officer Bicondova is a Security Team Leader aboard the USS Veritas. 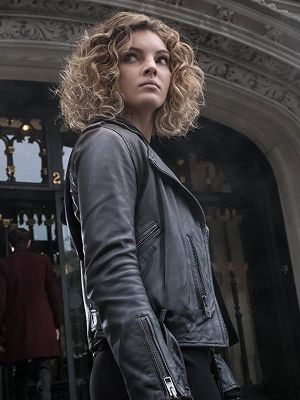 Wren was born on a Mars to Michelle Kyle and Hector Bicondova, she grew up in Whatneyville, a small Colonial town of 5000. At the age of 5 her parents decided to pickup stakes and travel to the New Pleadies Station orbiting Yulani Prime. Starting up a technology repair business her parents would leave her alone for hours, days at a time. Falling in withe the Stations many lost and orphaned children, Wren took part in many petty thefts, acting as lookout. Wren also discovered that her small body made her highly flexible and able to fit into the smallest places. This made her a valuable commodity, she was soon running scams for the black market and Orion syndicate. When she was 12 her parents business failed, due to machinations of the Syndicate, with the business going under her parents became increasingly desperate. The day before her Parents were to be evicted from the Station, a Cardassian offered 10 bars of gold pressed Latinum for her as a Dabo Girl at his bar. Deep in debt her parents took the deal. Devastated by her betrayal, Wren ran right into the arms of the Syndicate. For the next 5 years Wren trained as one of the Syndicate's elite assassins. 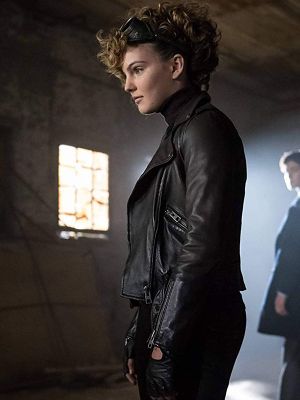 Wren enlisted in Starfleet at Deep Space 3, she completed her basic training on Cait. He graduated top in her class in Marksmanship, her scores broke the Station record. Specializing in Security she spent the early part of 2095 station on Deep Space 3. She made fast friends on the Station, especially with the son of the Station’s Science Officer, Beau Kent. Beau had been accepted into Starfleet Academy and was due to leave in the fall for his first semester. The pair made the most of their time together and made no secret of their relationship, which infuriated his parents. When Beau’s father went to the Station Commander, being as both Wren and Beau were consenting adults in the eyes of the Federation, there was not much she could do to stop their relationship. However, she could reassign Wren, so in September of 2395, Wren found herself reassigned to the USS Veritas under Captain Rahman.

Arriving on the Veritas, Wren once again found herself having to make friends with a bunch of strangers. Assigned to the Ship’s Security Team, Wren was placed on Gamma Shift. Wren found that she actually preferred working the night shift as most the Ship’s command staff was asleep. She also liked the company, another young Crewman by the name of Clark Welling was also on Gamma Shift. Clark was in the second of his three year hitch when the two met. Initially playing hard to get. Wren finally agreed to a date with Clark, after their first few dates, she decided to keep things causal. Though the two did agree to help each other out with certain needs.

In December 2396, the entire Crew found themselves marooned on a tropical moon. It was here that Wren formed several strong bonds within the Crew. Ensign G’var, Her new Team Leader, a crazy Klingon woman that taught her not to judge an Officer, or Klingon by their stripes. She also got to know one of the young Engineers, Ensign Ukinix. She also formed an undying loyalty to the Captain herself. After 18 months the Captain had brought them all home. After being the Marooning on Limbo, Wren took leave on Esperance and the amenities the Station offered, like a hot shower and something other than fish stew to eat. With the start of 2396, the Ship saw a lot of turnover in the crew. Clark left along with Doc Cole, one of the few Officer’s she liked, though many stayed.

For her actions on Limbo Wren was promoted to Petty Officer 3rd Class, something she didn’t see coming, her performance on limbo didn’t go unnoticed by the Captain. Wren was also rewarded by being placed in charge of the Alpha Shift Security Team, a highly sought after position, she now reported directly to the Assistant Security Chief, newly promoted, Lieutenant G’var. For the next 10 months Wren worked hard and played hard on the Veritas, she stepped up her professional performance along with her personal. After Clark decided not to reenlist, she chose to stay single, and to no longer toy with men. Instead focusing on her job and making sure Alpha Shift ran smoothly for the Chief