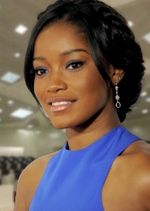 Tessara is a Romulan refugee and the first Romulan representative elected to serve within the colony government of Ketar V in the Shoals.

A young woman in her early 20s, Tessara was still a child when her homeworld of Romulus was destroyed by the Hobus supernova in 2387. Her family moved from various refugee camps until eventually settling on Ketar V thanks to the relief efforts of the Federation Council and Starfleet. Born after the Dominion War and frequently underestimated because of her age, Tessara was driven by her passion to see conditions improve for her fellow Romulans and Remans on Ketar V who were otherwise unrepresented by one of their own within the colony's government.

Her election to the Ketar government assembly in 2396 stunned her opponents, and she has been a vocal advocate for increased attention towards issues affecting the refugee population on the planet.