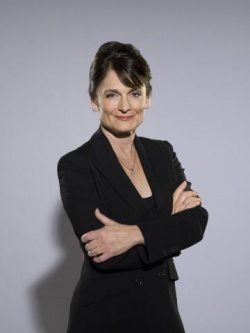 Ambassador Susan Ginsberg was born in Florence Italy on May 05, 2330. She was raised by Peter and Kathy Ginsberg along with four younger siblings. Susan the eldest child took after her father who was a political advisor to the Federation Council for twenty years. Susan received an excellent education while only attending the most local schools. Eventually she was accepted to the Khitomer University and she attained a degree in Intergalactic Political Science and minored in zeno-psychology.

Shortly after graduating Susan interned for four years to several foreign policy delegates before attaining the title of Undersecretary of Federation Foreign Relations and to become one of the youngest Human female to hold the title. There she spent a few years networking with some of the most powerful people in the Alpha Quadrant. She was instrumental in drafting guidelines for the Second Khitomer accords proposed by the Ambassador Sarek. Though Ginsberg did not work directly for the Vulcan Ambassador, she contributed from the office of the Secretary of State. With support from the Federation Council and Klingons the accords for the new Klingon Alliance were ratified.

Several years later in recognition for her efforts Susan Ginsberg was given the title of Federation Ambassador a month before she and her new staff contributed to the Seldonis IV Conventions forbidding the torture of prisoners of war. Her most recent achievement is the direct involvement with the Treaty of Bajor whereby the Dominion surrendered to the Alpha Quadrant in late 2374. 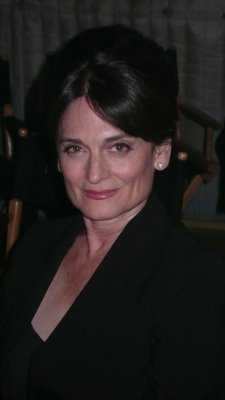 Susan Ginsber’s most enduring quality as a diplomat comes not just from her ability to create a well formed document but from her uncanny ability to resolve conflicts between implacable enemies. She is an accomplished negotiator and politician. Her nick name among peers of diplomats is the great soother. This name is well earned considering the races that she has been instrumental in bringing to the table, such as Klingons, and, Tzenkethi, and Cardasians.

Susan is well mannered, calm and collected. She remains charismatic to all those around her. She lives her personal life in decadence, very much use to a career of being winded and dined by intergalactic diplomats. As Susan became more seasoned she developed a more motherly attitude almost where ever she goes which can be construed as somewhat patronizing.

Susan is married to long time Husband of Star Fleet Captain Parnel Leona. She has one Daughter, Dr. Veronica Leona also serving in Starfleet. Their small family is not close as both her Husband and Daughter spend months away on Starfleet assignments. Though she misses them occationaly she remains dedicated to her work.

Susan’s past family history is less than stellar. The Ginsberg family has been well known and documented to be violators of the one of the Federation’s most fundamental laws, illegal genetic manipulation. Generations ago her predecessors were directly involved in the Eugenics wars. As the wars ended and the new Governments were established that passed laws forbidding genetic enhancements. The Ginsberg family went into hiding and for many years remained on the fringes of Federation society. Particular the Ginsberg family instilled inbreeding or the breeding of other Augments as they were called to ensure the genetic integrity of future generations.

It would be many years later when news of secret Augments hiding in mainstream Federation life and offers of Amnesty would it be revealed the Ginsberg family to be one of the few remaining bloodlines that still benefit from genetic enhancement.

Susan Ginsberg married her lover Parnel Leona whose genetic past also included genetic enhancement pleased the family. When the Federation offered Amnesty in 2379 just after the dominion war, she finally decided that it would be her duty to stop the long line of secrecy and expose her family history. Although amnesty laws allow her to still function as an Ambassador, restrictions will prevent her from attaining any further higher office. For the past several years she has been prevented from being offered the prestigious title of Secretary of State. For now Ginsberg enjoys the title of Ambassador for which she is distinguished and grants her more personal time.