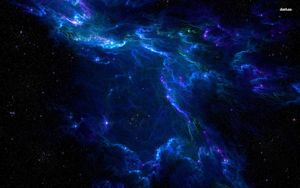 Orthica's Bane is a nebula located to the galactic south of the Tholian border. It is a massive area that covers over twenty parsecs.

Species of the Nebula

The Sunak Triumverate is a race that occupies the Orthica's Bane nebula and guards it's borders very closely. The Sunak are eight foot tall octupus like beings ranging from gray to green skin. They have large eyes and slits for noses. They wear close knit black robes that are decorated with luminescent colors. They do not have feet, but five thick tentacles to hold themselves up and four other to manipulate their vessels controls. Their culture is a mixture of high morals and cultural supremacy. Their technology is roughly as advanced as the Federation. They did not diversify their technology, but improved what they had. They have superb weapon accuracy and amazing shielding ability coupled with strong and well designed hulls. 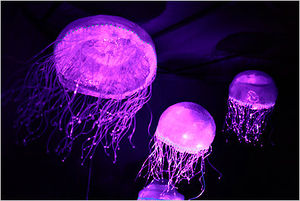 The Miizar are jellyfish like creatures that are a peaceful subservient race to the Sunak Triumvirate. A unique specie with a logical upper mind and a more abstract lower mind, they majority are content with being workers for the more dominant Sunak. With hundreds of fine filiment tentacles for manipulation, they are masters at repairing items and re-assembling pieces of equipment. 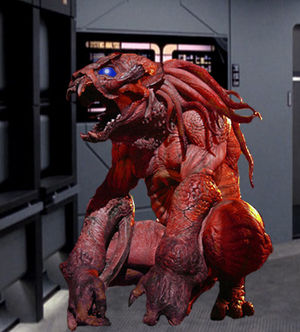 Nothing much is known about the Strox except that they are a raiding species that come from somewhere deep in the nebula and they are the hated enemies of the Sunak and the Miizar. They are also cannibalistic in nature, choosing to feed on captured races than enslaving them. The Sunak kill Strox without mercy or hesitation and the Strox treat them equally the same.