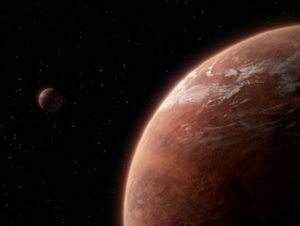 While this comfortable standard of living gives the Brekkians a veneer of sophistication and refinement, it barely masks the arrogance and contempt they have for the people they exploit. It has also resulted in a stagnant society, where there is no reason to progress from a situation where all their requirements and wishes are provided by others.

Now, they are struggling to try and regain all the knowledge and technical skills they lost over 2 centuries of enforced slavery to an intense drug addiction.

Just like the Brekkians, they have the unique ability to provide a limited electrical discharge from the hands. However, this does produce a great strain to the individual discharging the electricity. On the other hand, it can incapacitate the unwary.

Originally, they were an intelligent, resourceful and creative people. However due to two centuries of intense drug addiction it is no wonder that the creative and intelligent aspect seems to have been stifled and some believe permanently damaged.

Due to the effects of the felicium, the Ornarans dropped all religious concerns. It's unknown whether or not they have been able to rebuild any religious beliefs in the wake of their recovery from two centuries of intense drug addiction. However, based on what little data has been available it does not seem likely that they have or even will attempt to do so.

Due to two centuries of intense drug addiction many computer records and other historical data have been lost. This is mainly due to their slow regression and failure to maintain, repair or build newer computers or data storage devices.

In fact, many Ornaran cultures are being led forward by younger Ornarans who were only considered secondary victims to the dark age, witness to parental felicium addiction but saved from such pain themselves. With this experience, they are generally an accepting culture, happy to provide what assistance they can for reforming addicts from all species and cultures - the planet itself has become somewhat of a retreat from such lifestyles.[2]

Just as with culture they allowed their customs to wither and die due to their two centuries of intense drug addiction. As a result, they currently do not seem to remember or care to try and recreate those customs that were documented in the past. This may be due to the fact that most of those records did not survive the slow deterioration of all their high tech data storage systems.

The Delos system contains two inhabited planets: Ornara, the third planet from the sun, and its outer neighbor, Brekka. Both planets are inhabited by a race that is humanoid in appearance. The Delos system's sun is relatively unstable and is prone to periodic violent magnetic field changes producing gigantic and intense solar flares. It is speculated that the proximity of the unstable magnetic field is responsible for the innate ability of the Brekkians and the Ornarans to generate powerful electrical charges. These charges are easily capable of stunning humans, although races with similar abilities seem better able to withstand the effects.

Content from this article may have
come partially, or entirely from
Memory Alpha
Retrieved from "https://wiki.starbase118.net/wiki/index.php?title=Ornaran&oldid=336361"
Categories: