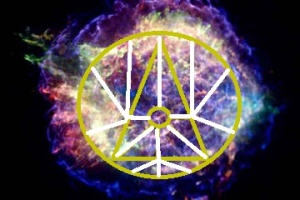 The Nova Vereeners are a criminal syndicate and terrorist group, with it's main base of operations located at a space station called Sycamore's Blood in an area of the Beta Quadrant known as the Vankarian Expanse (see map). They have a large chain of command and are controlled by a mysterious leader known only as "The Puppeteer". They are an obscure organization, yet, their influence is felt across many areas of the Beta and Alpha Quadrants, hence the name of their leader being as such since their influence is felt like "strings" across the galaxy.

There is no certainty as to when the Nova Vereeners were truly founded, however, it is known that some of their earliest activities began around the 2250's. It is also suspected that a Human had founded the group, since the name of their central hub is called "Sycamore's Blood", and sycamores are a tree native to Earth but this has never been proven. The Vereeners began as a contracting company, hiring mercenaries, smugglers, free-lancers, and others who were looking to make a lot of money, become famous (or infamous), or just to traverse the galaxy and live a life a freedom. The Vereeners promised all of these features to all of their opportunists and began to receive a huge influx of applicants and contracts to fulfill. By the beginning of the 24th century, the Nova Vereeners were well known across most of the galaxy, being a symbol of freedom, rebelliousness, and adventure. Though they often dabbled in some crimes, almost all of them were relatively minor and they mostly committed to more honorable contracts. Many young, poor and destitute, wrong side of the tracks, and other diverse people viewed the Nova Vereeners as an escape from their constricting lives. Conversely, many parents, politicians, and governments viewed them as a nuisance and bad influence on those who they appealed to, although they never tried to disband the organization.

In the early 24th century, The Nova Vereeners had shifted their focus, taking more and more contracts that committed more serious crimes and in greater quantity. Some former Vereeners theorize that this was due to organization gaining greater wealth from fulfilling these contracts. Others think that it gained them more influence in the politics of governments and gave them more power. Others think that both are true. No one is really sure but the Vereeners eventually totally abandoned honorable contracts to take contracts in political assassinations, trade in illegal goods and weapons, development of devastating viral/biochemical weaponry, extortion, raids on starships, and other criminal activity. Eventually this became known the many governments and moves were made to destroy the Vereeners, most notably by the Federation and Romulan Star Empire. None of this, however, was made public knowledge because governments believed that it would cause discord and panic due to the weapons and protections they had from other powers. The public still only knew them as what they were perceived to be almost a century before, a group that just took in rebellious youth and distasteful people and made them nuisances to society. The Nova Vereeners were almost nearly wiped out and the Federation was close to finding out the identity of the Puppeteer which would have ended them once and for all until 2372 when the Vereeners allied themselves with the Dominion, retreated to Dominion space and received protection from them. At the end of the war and the rebuilding process was initiated by the former powers of the Federation Alliance, the Vereeners were seen (by those powers) as a minor threat and would soon fall apart due to the Dominion being pushed back. This was not the case as the Vereeners earned even more and more contracts since major governments were too busy rebuilding and many sinister people and powers were looking to take advantage of the situation. Currently, the Vereeners are at their peak, with the greatest amount of contracts and applicants than they ever had in their history. The only force that has kept them under control somewhat is the Federation but they are dealing with their own problems and cannot commit a large force to disband them. 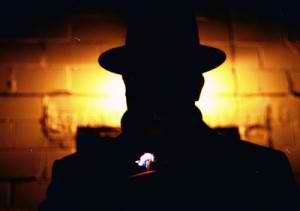 The Puppeteer
Retrieved from "https://wiki.starbase118.net/wiki/index.php?title=Nova_Vereeners&oldid=283408"
Category: