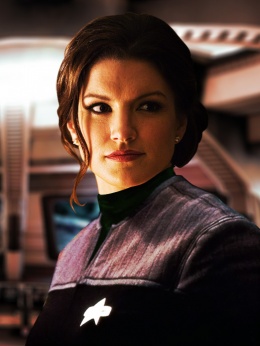 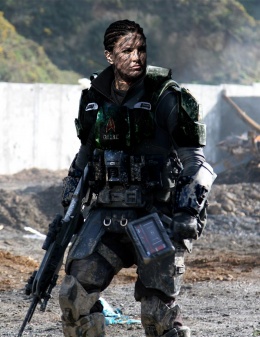 Born on Starbase 118, Tank is a fourth generation Starfleet Marine who enlisted five days after her eighteenth birthday in 2382. One year after her graduation from Basic, the Gorn War

began and Tank found herself shipped out as part of the 404th Dragoons aboard the Akira Class USS Cutty Sark. It was during deployment against a Gorn ground force in late 2383 that then-Lance Corporal Mintaro had her throat slashed by a Gorn dagger. It was only through quick action by her Sergeant, Freyja Sigurdsson, and the 404's company medic that Tank survived. She has refused to have the scar removed, instead choosing to carry it with her as a badge of honour. The injury has caused some damage to her vocal chords, making her voice somewhat raspy.

Tank continued to serve with the 404th aboard the Cutty Sark until early 2388, when she accepted promotion to the rank of Sergeant and a position as a hand-to-hand combat instructor at Roxton -- the base where Starfleet trains its Hazard Teams.