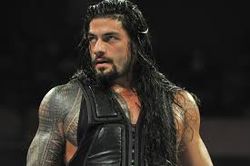 He is a tall man who is in excellent physical shape. He has long straight black hair with a beard and mustache. His nose shows that it has been broken a number of times and his knuckles are also scared.

Once off world he worked at a number of jobs, on a number of worlds, before finally settling on Cart'hen III and taking a job with the Enforcers, a quasi police force in the city of Mith.

He worked his way up through the ranks and is now a Sgt. with the Law Enforcer program for the city of Mith.