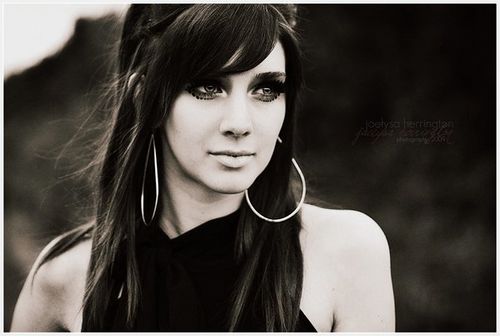 Ensign Mara Waldenburg (NPC) is a Security Officer on the U.S.S. Gemini. She is the roommate of Kaerae ap Rhys

Mara was born as Laura in 2360 to a single teen mother, her father unknown at the time of her birth. Living in Hamburg, Germany, Mara grew up in a simple house. Though true poverty no longer exists, many of the underlying problems of poverty, such as drug and alcohol abuse, violence and crime were parts of her life from an early age.

Fitting in in school meant working hard at being popular. Even though she was a bright child, she learned from an early age to hide any such insights from her classmates in fear of being bullied herself. Her mother had a hard time staving off chronic depression and much of her time she spent on the streets, alone or with groups of similarly cast outs. Her time on the streets did give her a nose and sense for trouble. Getting in and out became sport for her.

High school was not much about learning for Mara. Instead, she spent her time on her outward appearance and taking boyfriends home from the first class. She was early with everything: boyfriends, parties, sex, drugs and crime. What started as small experiments turned into larger problems over time. At fifteen, she had dropped out of school was arrested for smuggling, theft and public violence. Her mother had descended into a deep depression and had neglected Mara completely. After a trial, she was placed under the care of a federal custodian and sentenced to 1,5 years in youth detention.

The strict discipline and direct, but friendly, aid of her custodian changed something in her. She took an interest in the court to the proceedings and during her time in prison, spent a lot of time reading books about law. When she was released and placed into foster care, she had achieved all certificates that allowed her to enter a bachelor of law studies in Leiden. She was under supervision for five years, but she did not violate her parole. As a result her criminal record was expunged when she turned 21. A few months later she also finished her Bachelor degree in Law.

After school, she worked for three years in a law firm. During this time she gained a name as a good, efficient organizer. She was often put in charge of larger cases as case leader, while those senior in education were organized as specialists in law. This gave her a massive boost to her confidence and she enjoyed herself greatly. She also gained a name as a charmer, often gaining in trials where others might fail.

At 22, she married a childhood boyfriend called Mark Gosling. He was several years her senior and they lived together in Hamburg for two years. Despite a happy start, Mark became violent and domineering. Though Mara kept up a friendly, happy appearance to the world around her, she became clinically depressed and soon started to suffer from medical complications associated with personal neglect. It was a chance encounter with her old custodian that got her out of trouble. She was divorced a few months later and put in a protective household.

Threats kept coming from her ex-husband for her safety, so she decided in the end to attend the Starfleet Academy under a new name. She was named Mara Waldenburg.

Mara Waldenburg LL.B. attended the Starfleet Academy in 2384 at the age of 24. She was a bright, though not spectacular, student. After her introduction year, she focused on security as her main field of specialisation. Cadet Waldenburg showed exceptional talent as an organizer and law specialist. Her physical abilities were on par and she has become quite the crack shot over time. After the Academy, she was assigned to the U.S.S. Gemini as a Security Officer.