On board the Luna Class ship, Deck 8 is a high security area, and only officers with a security clearance of Beta-One or higher can access this area. For this reason, the full Security Center is based here. 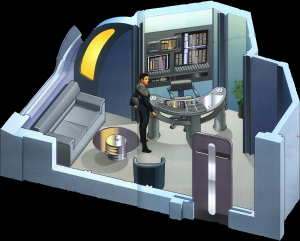 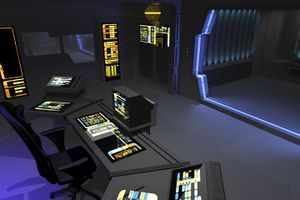 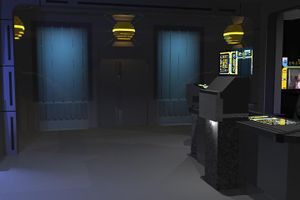 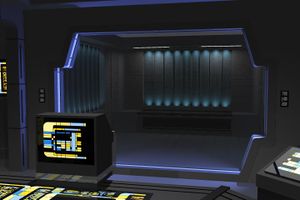 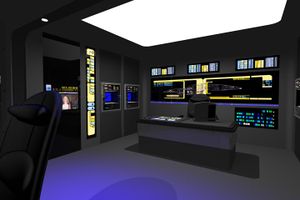 The office for the Chief of Security/Tactical is as you leave the port turbolift to Deck 8. In the office there is room to put some personal items. It has multiple display monitors on the wall which let the Chiefs see what is happening around the ship.

The Security Office is always manned by a member of security. It leads though to the Brig. The second turbolift to Deck 8 is right outside the office allowing easy access to it in an emergency.

There are three Security Armouries on Deck 8. There is a small one at the back of the Sercuity Office. The second is next to the Chief's Office. The third is a large, fully-equipped one at the far end of the deck.

The Brig has four large holding cells and two single cells, which are accessed from the Security Office.

The small training facilities on Deck 8 are comprised of a small gym, a matted room and a holo firing range.