The L'heia Sector is a region of space in the Beta Quadrant, separated from Federation space by the majority of the Romulan Star Empire. Largely unexplored even by the Romulans, who's designation is most commonly used by most Alpha Quadrant authorities, the L'heia Sector is the focus of exploratory efforts to shed some light on just what lies out there...

Despite the distance separating it from Federation space, the L'heia sector can be accessed quite quickly and easily by means of a short-cut discovered by the USS Aurora in 2388 - the Rabbit Hole. 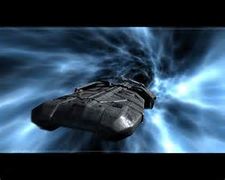 "Down the Rabbit Hole"

With one end settled in the L'heia Sector, the the Rabbit hole is a wormhole-like anomaly that allows rapid transit across the vast distance separating that region from the federation. The other end is just on the Federation side of the Romulan Neutral Zone, a fact that has led to some delicate negotiation to allow Starfleet vessels to transit through the anomaly itself without the Star Empire taking exception to such a rise in activity so close to their border.

The nature of the Rabbit Hole itself is still somewhat ambiguous, as it shows signs of both natural and artificial elements in it's structure. It has proven difficult to get accurate readings on the fabric of the wormhole itself, but any vessel traversing it will be hard-pressed not to notice the presence of the "support" rings spaced every so often along it's length. Ancient in construction, these rings are kilometres across, and as a result prove to be no hazard at all to navigation to any ship operating under even the barest minimum of flight control... though this does little to alleviate the sometimes ominous feeling their mere presence has been known to inspire in those that see them.

Whilst not a heavily travelled area of space, the L'heia Sector is the operational home to a number of vessels that are engaged in exploring and studying the region. 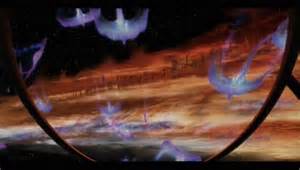