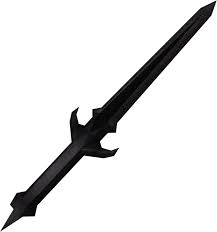 In 2386 a criminal by the name of Kav-Nhoo was part of a band of smugglers that was suspected of being part of the Black Daggers which has been confirmed to be a sub-division of the Orion Syndicate. They were operating in the Trinity Sector of space and were finally captured and stopped by the crew of the USS Eagle.

Kav-Nhoo is a Moropa male and seemed to be the leader of a strike force of Maquis Reborn terrorists who captured several members of the USS Constitution-B's senior staff while they were aboard Deep Space 285 in 2392. Further investigation revealed that it could not have been him unless he had an identical twin as he was serving time in a Klingon penal facility. The Federation requested that he be moved to one of their facilities and the Klingons agreed. During transport, the vessel he was on was attacked and he managed to escape. Current location is unknown.

His strike team consisted of: Haren Det a female Terran and electronics expert who was secretly a Section 31 operative. Mark Hamp, a male Terran who was hired muscle and a skilled weapons expert. Shinsa, an extremely tall female Betazoid and hired muscle and Avine de Massard a Terran female and former Starfleet scientist female who was planted as a spy aboard the USS Constitution-B.

Little is known about Kav-Nhoo's history. His name has turned up in connection to a number of criminal organizations and activities, but most recently, he has been associated with the Maquis Reborn. His oldest known associate was Haren Det, but even their connection was circumstantial and inconsistent. She also turned out to secretly be a Federation agent. He is known to be violent, unpredictable, and completely amoral.

With months of preparation, Kav-Nhoo and his team made their way onto Deep Space 285 on different shuttles to avoid detection. Their mission, it seemed, was to capture senior crewmembers of the USS Constitution-B and vital information from the station's information servers. With lightning speed, they took the Infirmary, where the Moropa quickly murdered an innocent Bolian nurse.

As the situation played out, Kav-Nhoo demonstrated his wanton violence and foul nature, abusive the hostages both physically and mentally, at one point shooting Commander Tal Tel-ar and nearly killing him and toying with the station's commander Glim Kyyrampa as she attempted to negotiation the hostages release. Once Haren Det had hacked the station's systems, the strike team teleported to a pre-arranged position and made for their shuttle.

At this point, it was revealed that Kav-Nhoo was actually a mysterious criminal leader with some unknown connection to the Maquis Reborn named Ruchard. He had been wearing an incredibly sophisticated replica of Kav-Nhoo's body. He explained that Kav-Nhoo was actually being held in a Klingon prison and their entire mission had been designed to drive a wedge between Starfleet and the Klingon Empire. At this point, Haren Det betrayed her colleagues and teleported off the escaping shuttle and back to Deep Space 285, where she revealed her identity.

Ruchard and the other members escaped from justice.

He was being held by the Klingons on one of their prison worlds for smuggling when the Federation managed to extradite him for questioning regarding the terrorist attack on Deep Space 285. While being transported and shortly after he had been turned over to Federation authorities the vessel he was on was attacked and he was rescued. Nothing else is none about Kav-Nhoo's current location, only Ruchard's statement that he was locked up somewhere in the Klingon Empire.Currently his location is unknown but it is suspected that he might be within the Trinity Sector.