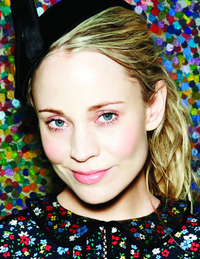 Avine de Massard is the a member of the Maquis Reborn and a former Starfleet computer scientist who worked on two generations of computer cores.

Born on the Federation colony of New France in 2355, Avine de Massard grew up close to the Demilitarized Zone during the course of the Cardassian Wars. Maquis sympathies abounded on the colony and they received large numbers of refugees from Cardassian atrocities. Avine grew up seeing these brutalized refugees that Starfleet and the Federation refused to protect, because they had sold them out with the flick of a pen. Avine saw the brutality of the Maquis Purge just before the start of the Dominion War in 2373 and the horrors of the Dominion War as a combat medic both on her own colony and later on the front lines. After the war, Avine enrolled in University and received her bachelors in computer science at La Sorbonne, followed by a Doctorate five years later. She worked for a civilian electronics firm for a while, but was left hollow by the experience. In 2386, she was contracted by Starfleet to work on the finishing touches of the new generation of computer cores. She served at several Starfleet facilities for the next four years and was known as excessively brilliant and creative. Doctor de Massard disappeared from one of those facilities in late 2390.

Avine de Massard turned up a year later as a 'maintenance worker' on Deep Space 285. Under this guise, she boarded the USS Constitution-B and spied on the crew for hours, passing information onto her compatriots who took hostages on the station. She slipped away under the guise of returning to the base but subsequently sabotaged the Constitution's computer core, having Ensign Verana unwittingly upload Avine's own command protocols to the main computer. Using these protocols, she mined the Constitution's computer for data. Escaping before she could be caught, Avine beamed aboard Deep Space 285 where she was unexpectedly double-crossed by Serin and Kav Nhoo.

Her current whereabouts, along with the location of Kav Nhoo and the other criminals who took part in the crisis on Deep Space 285 are unknown.

Doctor de Massard was created and written by Erin to serve as an MSNPC.