Duchess Ilysa Nahhar is the Sovereign Ruler of House Nahaar. . She can be callous and cunning when necessary but many, including some of her own people, underestimate her due to her young age. Her close advisors and friends know the depth of her wisdom which reaches far beyond her years and know the rigid monarch she was forced to become due to a difficult childhood which quickly taught her to trust no one and show no weakness. Those who do not know her well, quickly learn of her unrelenting ruthlessness if they cross her. 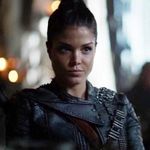 Ilysa has one close advisor who stands out above the rest and is as close to a friend as any associate of hers could be considered. Ilsya met Rowan at a young age. Rescuing her from a severe punishment after she got caught stealing a horse, Ilsya put Rowan through training with Ilsya’s personal troop of bodyguards, the Silver Guard. Due to their similarity in stature, Rowan was paired with Ilsya as a training partner and Rowan soon became the only warrior fierce enough to keep up with Ilsya during training. Rowan came to respect Ilsya for far more than her prowess on the training field and developed a strong bond with her due to her shrewd leadership skills and boundless wisdom. Rowan pledged her fealty to Ilsya, swearing to serve in whatever way she could. As Ilsya rose in power, Rowan became Ilysa's head advisor and most trusted companion

Ilysa was born into the House Nahaar, one of the lesser known houses in the Expanse. During the time in which her father was the ruler of House Nahaar, he had ambitions to expand the rule of their house, but his ambition could not overcome his timid nature. His political position was weak at best, and his species as a human made it more difficult than ever to gain support from trustworthy allies. He sought to expand without the knowledge of the other houses but was helpless to do so without making risky moves which he elected not to pursue due to the potential risks these types of political moves could pose to his house and family. The strength of House Nahaar slowly began to crumble as greedy rulers with their own political designs slowly began to take advantage of her father’s weakness and chip away at the property and wealth of House Nahaar.

Ilsya however, was not one to stand idly by and watch the name of her family crumble. She began to step in and take matters into her own hands, attending political gatherings and house briefings to learn more of the politics and society that she lived in. She quickly established several advantageous contacts and made a name for herself as the young up-and-coming ruler of House Nahaar. She was soon speaking freely at their political gatherings and her father quickly learned to call upon her for a second opinion before making any decision.

As Ilysa’s parent's health began to deteriorate, her father gave her full power of the house. She began her reign at the young age of 17. As she began her rule, she made some of the most crafty and shrewd plans that had been seen in the Expanse. She was kind to her people but ruthless and cunning to any who opposed her. She taught her enemies to fear House Nahaar. They never uttered the house’s name without fear in their eyes. Ilysa began to build an army and bide her time. She realized the other houses were ruthless and she trusted none of them.

Although she has faced fierce opposition from many who oppose her rule for various reasons, she has built Nahaar into something magnificent, but she has kept it hidden and she has been biding her time for the right people to ally with.

The planet of Nahaar is considered one of the smaller planets in the expanse, with a radius of .42 R earth and a mass of .08 M earth. The governmental structure of the planet was established hundreds of millenia ago by the early ancestors of Ilsya Nahaar. The Nahaaran ruler, whomever sits at the head of House Nahaar, is the absolute ruler of planet Nahaar, with the counsel of advisors being the only check or balance to placate maniacal rulers. Nahaar’s rulers have stretched from one end of the spectrum to another. From truly great, to inept, to utterly depraved, the planet of Nahaar has seen it all. Yet this resilient little planet has steadily continued to grow and develop into a thriving nation. 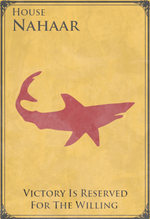 As Duchess Ilsya stepped into her role as reigning monarch of Nahaar, the nation had seen some troubling times and the strength of the monarchy had begun to crumble. As all growing nations will surely encounter, there had always been some opposition to the governmental structure of planet Nahaar, but under the rule of Ilsya’s father, these formerly small sects of rebels who did not support the leadership of House Nahaar began to develop and grow. These groups have grown stronger of late, and several small organizations which earlier posed no threat have recently been brought together under the leadership of one single dangerous man, Savaric Convel. This rebel leader toiled to unite various organizations and a few disgruntled politicians in one single goal, to remove Ilsya Nahaar from the throne. Convel single handled lit a fire under the formerly unhappy yet placid groups that had sought peaceful protests to voice their opinion, and he worked to harden their feelings of resentment into voices of anger to fuel riots and began slowly growing into an active insurgency. House Nahaar has received intelligence that Convel is now working to form an army with which he intends to march on the capital. The support for his cause is slowly growing as he works to train his forces and build up their arsenal.

However, Duchess Ilsya has not been idle during her rule. Ilsya has been toiling to build up the armies of Nahaar as well as establishing unions with strong allies to strengthen the political standing of her station. She has built up the capital city of Nahaar into a magnificent sight to behold.

The Palace of House Nahaar.

Members of the Nahaaran army undergo rigorous training in a hidden facility before ever seeing active combat. Ilysa’s personal bodyguards, the Silver Guard, are composed of the best and brightest of these recruits. They are hand-picked early on and trained in various forms of combat, stealth, espionage, counter intelligence, and interrogation to better serve their purpose of protecting the ruler of House Nahaar. The elite members of the Silver Guard take orders from none other than their Duchess Ilsya, Advisor Delathron, and the Silver Guard Commander, Captain Thurstan. During these troubling times throughout the nation, Ilsya’s personal flagship, the Invicta, has become a common site for the people of Nahaar as she actively travels across the Nahaaran expanse to bring together her people and strengthen the nation.

The ships of the Nahaaran army are also seen traversing the planet as the Nahaaran troops are deployed to areas of unrest to quell the rebellion before the small acts of violence sparked by the hate-filled speech of Savaric Convel start an all-out civil war. 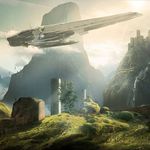