The Embassy of Raskor I is a Federation Embassy established on the Federation member world Raskor. Set in the Trinity Sector the Raskorian embassy provides a neutral and safe place for diplomats to convene and Starfleet Command to settle in comfort to observe the trinity sector. The Embassy of Raskor is protected by StarBase 118. 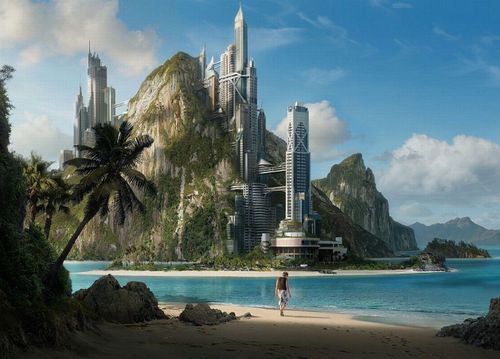 The Federation Embassy on Raskor I

The Embassy houses 250 personnel, mainly diplomatic forces and aides to those in Starfleet Command who choose to make their home on Raskor. It also serves as the command center for the small Starfleet defense posting which works off of the Raskorian moons. These personnel ensure that the planetary defense systems and long range scanners keep the planet safe from all manner of threats in the trinity sector.

Founded in 2390 after increased terrorist tensions in the trinity sector, the Embassy on Raskor I was built to strengthen relations with the Raskorian people as well as provide stronger protection for the Raskorian system. The Embassy also quickly became an ideal place for high ranking officers in Starfleet command to settle permanently and live peacefully.

In 2391 Commodore Allan Kinney took command of the Embassy, and asserted his role as a sector command from Raskor. Since his move to the embassy many other high ranking officials have followed.

Raskor allows a low traffic of Starfleet crews to visit for shore leave purposes and focuses most embassy visits on positive diplomatic contact with races in the trinity sector.

in 2393 Commodore Allan Kinney was found guilty of working with the Orion Syndicate and was dishonorably discharged from Starfleet.

in early 2394 Admiral Vivian Hauke replaced him as the sector command flag officer.