From 118Wiki
(Redirected from EARS)
Jump to navigation Jump to search 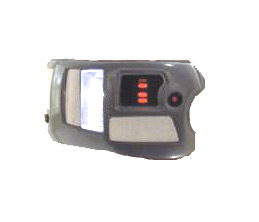 The EARS, acronym for External Auditory Receptor System, is a medical device used in the Federation to aid patients who have suffered loss of hearing. The EARS detect sound waves across the entire decibel spectrum, and transmits those signals to the brain through neural implants behind the ears of the individual via brief electrical signals that are conveyed as a burst of acoustic information. The result is a vastly different auditory acuity, with EARS-wearers able to hear in the ultra-low and ultra-high ranges, and beyond.

The EARS were developed and successfully tested by a team of Starfleet Officers on board the USS Paladin, on stardate 238002.14. The three person team consisted of Lieutenant Jennifer Catherine Greene, the Chief Medical Officer, Ensign J'Kal, Assistant Chief Science Officer, and Ensign Noah Hathaway, an Engineering Officer.

During the previous mission, the crew of the Paladin were exposed to deleterious Negradic Radiation. It affected different crew members in different ways. The Chief Engineering Officer, Lieutenant Varaan, had his eardrum and middle ear, including the cilia (the hair cells), deteriorate to the point of disintegration. Regenerating the lost organs was not an option, so the EARS were developed as a compensation device.

Although Varaan was the original recipient of the EARS, he is not the only one.

Other recipients who have received implants successfully in both ears include:

Sound waves generated by mechanical forces, such as a bow being drawn across a string, water splashing on a hard surface, or air being expelled across the larynx, are received by the EARS.

The EARS unit analyzes the incoming sound, bypassing the eardum and middle ear, and transmits the data directly to the auditory nerve fibers. After several relays within the brain, the messages finally reach the auditory areas of the cerebral cortex, which process and interpret these signals as a musical phrase, a dripping faucet, a human voice, or any of the myriad sounds in the world around us at any particular moment.

In order to be able to process sounds at the highest frequency range of human hearing, hair cells must be able to turn current on and off 20,000 times per second. They are capable of even more astonishing speeds in bats and whales, which can distinguish sounds at frequencies as high as 200,000 cycles per second. The EARS, being a mechanical unit, are capable of processing sounds at much higher and lower frequencies. The units must be preset with minimum and maximum values specific to the individual, or the individual may be overwhelmed by the amount of input.

There is one EARS unit for each of the individual's ears, comprised of two parts each. The first piece is the internal processor with two sets of connectors. The longer smaller ones are the synaptic and neural connectors, and the thicker shorter ones connect the inner unit to the outer unit. The second piece is the outer unit, which actually sits behind the individual's ear. It houses the receptors and the manual adjustment controls.

The prototype unit was a larger, bulky thing that fit directly over-top of the individual's natural outer ears, and wrapped around the back of the head. With some further enhancements and modifications, the original design team (Greene, J'Kal, Hathaway) were able to separate the single unit into two so that individuals that only required the EARS for one ear could use it without losing the use of their remaining ear. Perhaps the most advantageous design modification was being able to make the units smaller, so they could fit behind the individual's natural outer ears, allowing a more aesthetic look and feel.

The second gen E.A.R.S. functioned identically to the first gen system, but were reduced in size even further. The external receptors behind each ear are now roughly 3 centimetres in diameter, and can be hidden underneath hair.

The most recent upgrades to the E.A.R.S. system were implemented by Varaan and some unidentified scientists within the Par'tha Expanse: