Dinja Is a small planet 18 light years away from Luraul. It was originally a colony for Al-Leyans, but it eventually became autonomous and is under Federation space. Unlike the Al-Leyans on Luraul, Humans, and Vulcans are allowed to attain citizenships.

Dinja's crust is 60km thick on average, with someareas reaching 85km thick, but this is less then 5%. Dinja crust also has 3.5 times more metals found in the , crust.

Dinja takes 23.25 hours to spin on its axis, it is 155 million km from its star, and take 370 days to make a full orbit. The average surface temperature is 12 Celsius.

Dinja also has alot of seimic activity similar to Luraul. The seismic activity from the major volcanoes on Dinja blankets the planet preventing air traffic. Transporters have been made illegal due to safety precautions. Immigration is done through one of the 2 starbases orbiting Dinja, where specialized transporter vessels take immigrants to there desired location

Dinja is split into 11 states, which are the following:- 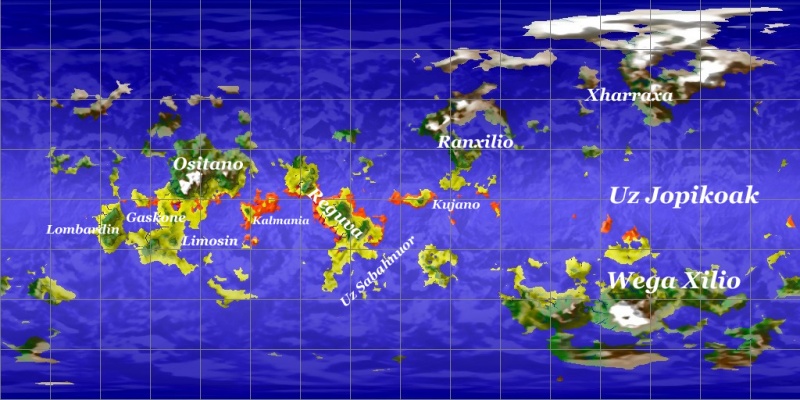 Al-Leyans settled here in 1978. The land wasn't occupied, and was ideal for Al-Leyans with the living conditions. From 1978 to 2088, The al-Leyan governments pooled much of their resources in establishing the colony. Some of the first Al-Leyan cities still have the old al-leyan architecture. This is prevalent in the Cities of Valetta, and Vittoria.

Al-Leyans in Dinja finally became Autonomous prior to the Romulan occupation of Luraul. When the Romulan Occupation did occur, Dinjan's lost all contact to its motherworld, and from them on stemed off into their own society.

After the Romulan Occupation, Luarul has been trying to re-establish the Dinja colony back to the motherworld, however Dinjan citizens continued to fight to remain autonomous. This sometimes meant using the old Klingon D5, raptor and Bird-of-Prey class.

Due to the difference in Societies, Terrans introduced their 24 hour clocks, but as a practice Terrans have learnt to move their dial 45 minutes ahead when they wake up due to the shorter days. Al-Leyans have continued to use their UGT(Universal Galatic Time). Al-leyans have found that 3 pulses from PSR B1913+16, gives them a full day, where as on luraul it is 4 pulses.

Though many Terrans have begun to use the Al-leyan's UGT system becuase of the ease of use, and lack of need to be precise. The Dinjan time system follows a quinary system almost.

Dinjan life usually has clock towers in any city center to denote, and chime the time. Dinjan clocks chime every one twentieth of a pulse, and has a unique chime for 1/5th of a pulse, and a pulse. These clocks usually display a pentagon clock with two hands and 20 marks. while have a round circle besides it with one hand denoting which pulse it is.

Al-leyans don't feel the need to use centipulses, yet terrans tend to like the idea.