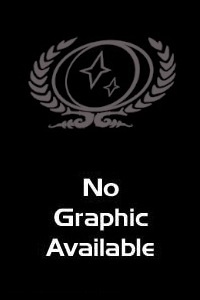 During the first few years of his life, Curzon's parents noticed that he was 'slower' then the other children. While they had a 100% drug free pregnency, they knew that this condition was very rare. At the age of 5 they left Federation teritory for a planet in the Romulan Star Empire. The doctor, a Human whom they only knew as Sting, performed the enhancements and soon after words, he was smarter and faster then the average 12 year old male Trill. Sting also told his parents that he would age 2 to 3 times slower then the average Trill, he would look his age, yet he would have the strength of a Trill half his age, unless they wanted to have that changed, which they decided to do as well. When Curzon was old enough to begin thinking about becoming joined, his parents strongly warned him not to do it, because it would expose them if he were to die before they would. He dismissed this thinking that his parents should be exposed, yet he loved them enough that he decided to keep it quiet and not tell him that he was going to join. He told them that he was going to join Starfleet, which they did not object to, and he was happy. After joining Starfleet, he took 3 different paths at once; Command, Medical, and Science, all at once. He graduated 1st in his class for Command and Science, yet was 3rd in medical only to be beaten by 2% by Julian Bashir. Durning their time in med school, they became good friends, and then they were both sent to DS9 as their first assingment, they both were happy that they at least knew one person on the station. Shortly after the breaking of the Khitomer Accords, he was transfered to the Melbourne. Taking over the ACSO position. After saving the entire crew while exploring an unknow spacial anomamly, he was promoted to Lt. j.g. and given command of graveyard shift.