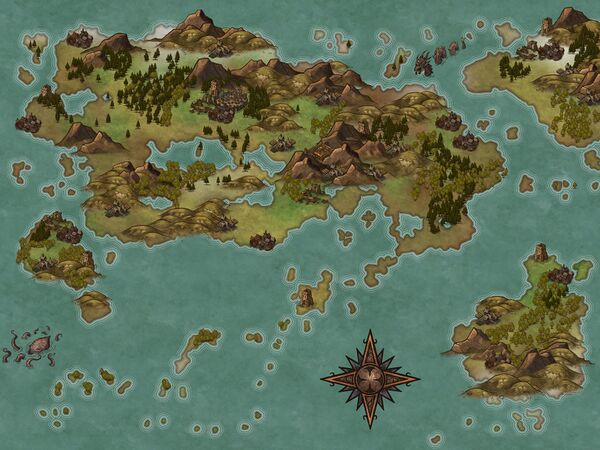 Calabrum is a planet located inside a nebula on the fringes of Federation space. The surface consist mostly of water, one large continent, two smaller, one large island, and numerous smaller islands scattered through the oceans. Sparsely populated with several kingdoms, the largest was located on the biggest continent and named Calabrum. In 2256, the USS Excalibur attempted to escape a Klingon attack and crash landed on the planet. The crew, fearful of calling for help and attracting the attention of their enemies, remained planet bound and integrated with the local peoples. 150 years later, a massive volcano caused a series of earthquakes its impending eruption threatened their very existence, leading Queen Arta du Pendragon to return to the wrecked ship and activate an emergency distress beacon. The signal was picked up by the USS Thor which arrived on the planet. After finding out their history, the Thor attempted to belay the eruption, they were only able to borrow some time while they transported descendants of the original crew members and moved those who were native to the planet to safer territory.