Aedan Ionhar is a serving as Laudean Liaison Officer aboard The Uss Bronwyn which is attached to the Federation Embassy to Duronis II,. 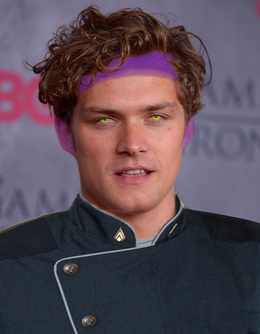 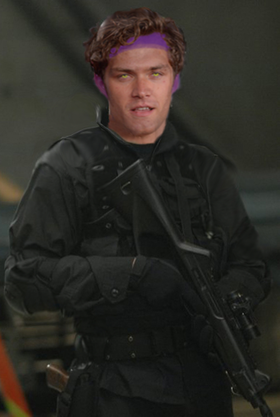 Aedan In his Marine Gear

Aedan Ionhar grew in the the relatively small city of Aberstwyth in the Devi Kingdom. He loved chasing girls and futbash, playing on every school team all the way though his university years. The Klingon invasion changed all that. His family lost his eldest brother in the fighting as had many in his hometown. Promising to his brothers memory that he would carry on and defend their world, he dropped out the university and enrolled in the Laudean Military Forces. HE excelled in training and war game theory, and was soon assigned to a platoon in the capitol. The fresh 2nd Lieutenant did not have long until he saw combat near two moths after he arrived the Blugill invaded Til'ahn. His unit took heavy losses and much of the city was in ruins. When Eghan Callum was appointed the head of the new Laudean liaison office at the Federation Embassy Aedan was on his short list for officers to work with starfleet.