From 118Wiki
< Laudean
Jump to navigation Jump to search

The ability of Laudeans to sense all manner of energy is called the Fielding. Most Laudeans are born with some ability, while a small minority are born without it completely.

In 2391, the discovery of a Yeltan data cube keyed to the DNA of the Til'ahn people created a unique look in to their own fielding ability. It was discovered that the Yeltan people, a dying race had sought shelter among the Laudeans who welcome them and gave them the Quentessi Mountain Range. Due to their species dying out in a matter of a 100 years on the planet, the Yeltan gift to Laudean-kind was gently modifying their DNA so that the naturally developing fielding ability would be much stronger and more effective than what it would have been if it had developed naturally.

The fielding ability was discovered to incorporate the unique pigment color band found on Laudean foreheads and that when particle impact, it creates a paired state allowing them to sense energy fields [1].

All children who possess the ability (the majority of the population) are given regular daily lessons on controlling and using the Fielding. For some particularly powerful children, the sense can be overwhelming at times, causing headaches, nausea, vomiting, and in some extremely rare cases paralysis. The source of the psychosomatic symptoms is unknown, though it has been suggested that it is connected to an overload of the nervous system.

Control of the "sense" requires discipline taught early in childhood. Exercises of practice usually include meditation and deep breathing methods, which allow a child to internally dampen the intake of sensory information. Children of higher intelligence seem to more easily gain control of the sense at an earlier age.

Fielders can visualize and comprehend the size, strength, and proximity of energy fields. In research done, Laudeans have shown the ability to sketch detailed graphics showing "topographical" maps of energy fields. They can detect energy sources and depending on the strength of fielder it’s possible for them to detect whether someone is carrying an energy weapon with them.

Laudeans who possess the Fielding generally describe the sense as a feeling of "vibrations," which translate internally into a semi-visual experience of the energy fields, much like bats sense sound waves. In contrast, however, Laudeans are not participatory in seeking out energy fields -- instead, they sense them regardless of the actions they are performing.

The fielding ability comes from when light filters through the permeable layer of skin on the species' forehead and impacts the colored pigment layer underneath. The pigment then reacts to the light and becomes radical with charged electrons and share a paired state with the light. It is that pairing that allows Laudeans to sense magnetic fields. It is also the light that bounces back and is not absorbed that gives the Laudean their pigmentation color.

Interestingly, Laudeans are able to focus the ability to sense both extremely large and extremely small fields. They seem to be able to discern the fields of energy each source broadcasts, linking the hierarchy from proto-atoms to stars. They describe energy fields as having "halos" which begin with proto-atoms as the smallest unit. Larger are groups of atoms, and cells. Only the most powerful Laudean Fielders are able to focus on these tiny units. Less powerful Fielders are able to sense energy fields on the cellular and tissue level and above.

Early in Laudean history, numerous institutions grew around the Fielding, and those who are most able to sense energy. The Fielding League has been the most powerful of the institutions, and has shown a remarkable modern popularity, due in part to the oppressive control of the population in the past.

The Fielding League's leadership at the lowest level consists of "Coven Leaders," who facilitate the local ministries of Fielding "covens." These covens gather regularly to practice using the Fielding, which some Laudeans seem to believe has the ability to heal one spiritually, when used in the proper manner. 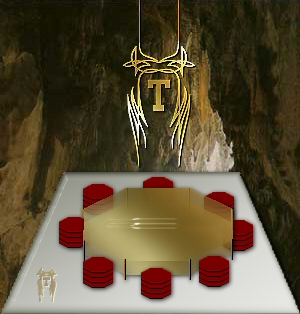 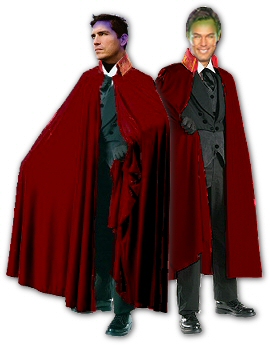 Each Member of the Local Fielding Coven dresses alike.

The Coven Mission is based on their shared concern to safeguard the interest of the Laudean people. This includes personal support for physical, mental, emotional and spiritual needs as well as welfare of the population and planet.

The Coven is responsible for:

Coven members may choose to mate with any unmarried woman he feels would have the potential to produce a Fielding child that would equal his powers without Coven approval. It is referred to as the "Coven Privilege."

The Fielding League's leadership at the lowest level consists of "Coven Leaders," who facilitate the local ministries of Fielding "covens." These covens gather regularly to practice using the Fielding, which some Laudeans seem to believe has the ability to heal one spiritually, when used in the proper manner.

The highest body of the Fielding League includes the Elders, headed by the "Feldleser." Through constant use and practice of the ability, these Elders seem to show the most talent of understanding energy fields throughout the entire population of Laudeans.

The current Feldleser has not been seen for over two decades. The most powerful and tutored Laudean in the art of fielding, he is the highest authority of the Fielding League and selected from within the Elders.

Despite wearing an elaborate ceremonial uniform, the Covot Guards are renowned as being the strongest and best trained armed force on Duronis II.

Traditionally, the ruling monarch of each province would select his best officers and send them to join the Covot Guard. Since the Revolution, the number of people sent to the Covot Guard has dwindled, but an act of parliament instructs each province to continue sending officers.

Their duty is one of utmost loyalty to the Fielding League. Their duty is to defend the Feldleser, his elders and the Great City from all enemies, and it is a responsibility each member of the Covot Guard takes very seriously. To be a Covot Guard is considered one of the greatest honors a Laudean can seek to attain.

Ironically, their reputation as the best trained armed force has long prevented them from seeing any major offensives, so much so that the Great City was one of the few places on Duronis II to remain undamaged in the revolutionary years.

Still today, the Covot Guards protect all of the Great City, especially key areas such as the cathedral of Diamoclease I.

Historical Figures of the Fielding League

Diamoclease I was the founder of the Fielding League. Credited as the first Laudean to bring people together and share the Fielding experience in a group - he created the first covens. Born in Damodara, the province of his birth is now a stronghold of the Fielding League, and it's countryside is littered with Cathedrals. The site of Diamoclease's first coven is reputed to have been at the center of where the Great City was built. The largest cathedral in the Great City is the Cathedral of Diamoclease I and contains at least one carving of the great Laudean.