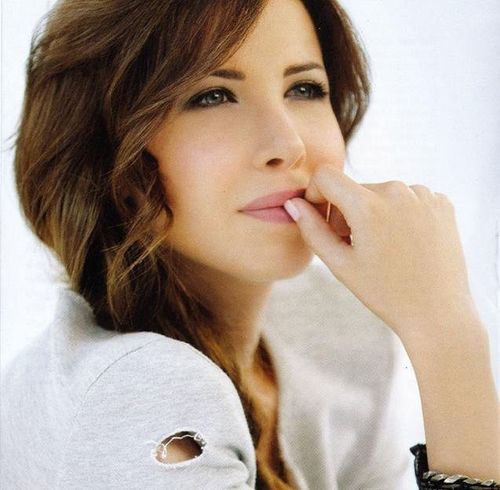 Adellia Vor is the current Executive Governor of the strategically and economically important Federation world of Axanar.

Coming from Axanar's large Human minority, Adellia Vor is the first Human Axanari to ascend to high office, serving as an icon and beacon of hope on a world where resentment between the native Axanari and immigrants from other Federation worlds is high. While her charisma and public vibrancy make it seem like she was born into politics, Governor Vor has repeatedly stated that politics or leadership were never among her life goals until she felt compelled to join the 2380 Axanari Student Protests. The Lashenin (Unity) Party government under Governor Ikshin Most's failure to curb Axanar's economic decline in the wake of the Dominion War was further exacerbated by its jobs bill that would limit job opportunities for younger Axanari and impose a wildly unpopular educational reform. After seeing her perform a stand-up set critiquing Governor Most, a student leader thought to use the beautiful, charismatic and funny Ms. Vor as a mouthpiece for the student movement. Upon taking the podium though, Adellia surprised everyone by giving an impromptu and unscripted speech of her own, which served as a rallying cry for the movement to organize and coalesce as a political force.

While she attempted to continue her studies, it quickly became apparent that Adellia's charisma was needed to carry the movement to the next elections, which were eighteen months away. Vor negotiated with the secondary opposition party Maren-Progress and brought the student movement into their fold and helped to energize the wider youth into supporting the party. She became the party's youth leader and was a common fixture at rallies in the build up to the election, which saw Maren-Progress form a coalition government.

Exit and Return to Politics

While elected to the Chamber of Councilors, Adellia resigned her position after two years, returning to her media career. After hosting a popular show for four years, Adellia Vor was drawn back into politics, this time by her own choice. Seeing the reforms of Maren-Progress as incomplete and growing disillusioned with the party's leadership when it voted to merge with a more established opposition party. For the 2386 general elections Vor formed the Patash Molak (Forward Together) Bloc, a joint electoral list of minor liberal, progressive and regional/minority parties along with a good chunk of younger Maren-Progress members. While drawing only 29% of the vote, the Bloc won 7 of the 10 most populous metropolitan municipalities, including the capital, along with 6 of the 50 provinces outright, forming a coalition in two others and forming a minority government in three more. For herself, Adellia Vor assumed the Presidency of Varia-Nueva Alajuela.

Using a 'show not tell' and 'make it or break it' philosophy, President Vor oversaw the largest economic growth of any subdivision in Federation history, mixing nationalization and privatization in different areas of the economy to promote economic growth. She also significantly reduced inter-species violence between the Human/Alien and Axanari communities. She repeated this strategy on the planetary level and won the admiration of many native Axanari, particularly those in the more marginalized ethnic and linguistic minorities whose support she had co-opted in the elections.

With the next planetary elections in 2390, the Patash Molak Bloc won a majority in the Chamber of Councilors, a plurality in the Senate and 23 of the 50 Provinces. The crowning achievement was, of course, Vor's ascension to the governorship.

Since then Adellia Vor has become a political superstar with great name recognition in the core Federation worlds and the youth all over the Federation. Her policies on language, ethnicity and federalization are widely hailed as success stories, as well as her economic plans which included the partial nationalization of the Axanar Fleet Yards. Through a mix of expansion and securing an agreement to produce ships for private companies, the job growth on Axanar has been tremendous. Her building of infrastructure and educational reform have also met with significant fanfare. In two years Governor Vor has made up for over a decade of lost time and progress and has become a beacon of civic duty and adept administration.

During the much publicized Axanar Exposition in Spring 2392, Governor Vor announced her intention to run for the Federation Presidency.