From 118Wiki
(Redirected from Holt, Tyson)
Jump to navigation Jump to search 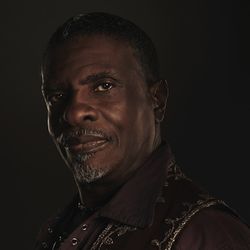 Tyson Holt is the CEO of Holt New Alliance, one of the largest and most successful corporations in the United Federation of Planets.

Born in 2334 on the Vega colony, Tyson Holt's family was one of the original pioneers who left Earth during the early years of human ventures into space after first contact with the Vulcans. One of his ancestors founded the Earth-Vega Freight Company, which was later renamed the Holt Freight Company in the late 22nd century.

By the 24th century, Tyson's family was no longer connected to the company, with many of his relatives having long since followed other professions and interests. Tyson himself originally attended the Havana Institute to study mathematics while playing for the school's varsity basketball team. Upon graduation, he continued his studies to earn a master's in mathematics from the University of Alpha Centauri before securing a comfortable job with the Bolian government in 2358.

Meanwhile, the fortunes of Holt Freight continued to suffer from fierce competition in the 2360s, but the company faced its greatest challenges during the Dominion War in the 2370s as the company's ships were either acquired by Starfleet for the war effort or their routes simply abandoned due to the dangers faced during the war. With the company facing liquidation in 2375, Tyson made the surprise announcement that he'd acquired a majority stake in the company and would be leading it as its new CEO.

His first task was to stabilize the company's losses. Tyson surprised many business analysts by abandoning the company's operations along the major trade routes between the core worlds that it had first established decades before the Federation's founding. Instead, Tyson focused on the routes that serviced the outer member worlds and colonies, and particularly those devastated by the war.

Tyson also expanded Holt Freight's operations beyond transport, acquiring a number of smaller construction, manufacturing, and design firms with what little capital remained from sacrificing the company's original trading lines, and the new conglomerate was renamed Holt New Alliance and headquartered on the dilithium-rich world of Coridan, which itself had been attacked by the Dominion and was in the process of rebuilding as well.

With reconstruction efforts beginning throughout the Alpha Quadrant, Tyson ensured that Holt New Alliance bid on as many of these early contracts after the war as it could, even when the contracts themselves were only marginally profitable, with most of them subsidized by the Federation Council to cover only the minimum costs. Tyson wagered that by establishing a connection with these worlds early on, the local governments and their residents would be more likely to continue their business relationships with the company long after the reconstruction projects sponsored by the Federation had finished.

He was right. By the early 2380s, Holt New Alliance had become the dominant transport provider and construction firm in much of the Federation beyond the core worlds, and the company had even begun restarting a few of its original lines such as the Earth-Vega run. Holt New Alliance soon began expanding its empire further, and even when the Federation Transport Union strike began on the eve of 2392, shutting down its primary business operation, the company still managed to return record-breaking results in early 2392 thanks to its other divisions.

Holt currently lives on Coridan with his wife, with whom he has three children including a daughter Amara who works as chief operating officer for the company.

Outside of his business interests, the man continues to enjoy athletic pursuits as well as indulge in his interests in mathematics and astronomy.