Warp Drive and the Ithassa Five 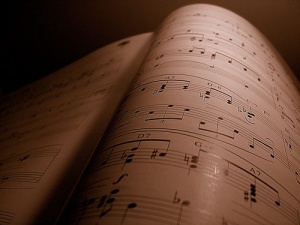 J.J. Feneth, commonly known as Warp Drive is the front man of the hit new musical group Warp Drive and The Ithassa Five.

The Ithassa Five is a Hybrid band formed on Deep Space 17 by J.J. Feneth and Ra'Ja Kador. The band is most popular for their regression to early 20th century Jazz and Blues, as well as creating cutting edge music for a limited audience on the edge of the galaxy in the Ithassa Region. The name formed from Feneth's reference to the place where the band met. Previous names have included "Twilight's Revenge" and "Ithassa's Problem".

The Ithassa Five started out as a gigging band in the Sector working in small bars and entertaining for parties and dinners. Their biggest break came from working a small dinner party at the Twilight's Edge. Spotted by Telark, a Ferengi talent scout, they were contracted into three years working with him across the Ithassa Sector and into the Alpha Quadrant.

In 2383, they split from their management after several disputes over profit and venues, ending up back where they started at the Twilight's Edge only now with a lot more fame under their belts and a taste for the big lights.

To show their appreciation for one of their influences, in 2384 they participated in a restoration Festival in Jalanda City, Bajor for the reconstruction of the Jalanda Forum. The Festival lasted just over a week and was one of the biggest gatherings of musical and dance artists of the decade. They raised enough to have the forum restored by the Bajoran Government in Varani's name with a dedication plaque.

They frequently tour at the Twilight's Edge in appreciation for their humble beginnings at the establishment and donate 20% of their earnings from every concert to the Varani Music Academy in Jalanda City, Bajor.

Ra'ja Kador: A Klingon male and the band's drummer. He developed the band with Feneth after meeting with the Bajoran on Deep Space 17.

Voulez Kareen: She is a Betazoid/Kerelian who grew up on Kerelia and loves playing the piano. She is seen frequently in modest clothing and playing piano solos whenever they can fit one in.

Green Tree: A Human female from San Francisco, Earth. Joined the band during their tour on Earth as their lead saxophonist. She also plays the cornet and trumpet.

James Best: Jimmy is the band's Human guitarist and comes from Deep Space Nine. He is heavily influenced by 20th century rock and alternative groups but has a passion for Jazz.

Tal Deneb: An Andorian flute player who grew up on Andoria. He found out that he could play the flute after a backpacking tour of the Alpha Quadrant.

J.J. Feneth: J.J. is the band's front man and lead singer. He is heavily influence by the Jazz and Blues groups from Earth's 20th century and also the crooners. He writes most of their music and likes to keep in tune with everyone's specific musical background so they have a very eclectic sound. He is a Bajoran who grew up on Bajor during the Dominion War.