Lieutenant JG Sirok, a Vulcan, is currently security officer aboard the USS Discovery-C. 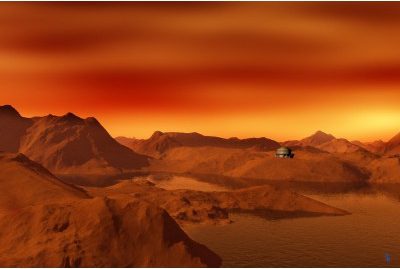 Naturally, he had some problems finding new non-Vulcan friends there as he found their way of living out their emotions disturbing at first. Therfore he concentrated on his studies and the lectures which helped him with his academic performance. In the last two Academy years, after completion of the Academy's General Studies program, he spent much time concentrating on his minors and majors, which he laid in the fields of security and tactics. But he also visited courses in science as he was personally interested in the fields of Astronomy and Astrophysics. It was in the last years that he had slowly managed to find some friends at the Academy, who were not Vulcan, but he is still very reluctant in making new friends.