Crewman 3rd Class Harhhr, a Horta, is an NPC Geologist aboard the U.S.S. Gorkon. 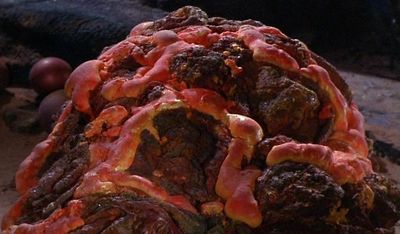 Being a Horta, Harhhr is most comfortable in his quarters which greatly resembles a cave, complete with real rocks. Further, his Hortan heritage makes him a natural geologist. His natural senses for detecting minerals rivals the most advanced Federation geologic technology. Despite rumors to the contrary, Hortas can control the secretion of the acid that allows them to burrow through rock, thus enabling Harhhr to travel along the decks of the ship without burning holes in them.