Ensign Gabriel Alexander O'Conner was a Rodulan raised on Earth in a small village just outside of Cork Ireland. Currently Serving as a Counselor aboard the USS-Tiger A Gabriel is eager to prove himself a capable addition to the ship. 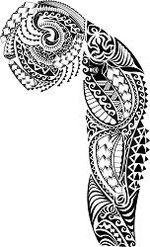 Gabriel is a Rodulan raised on Earth in a small village just outside the city of Cork Ireland. His father risked everything to help is family escape the Romulan/Klingon Occupation of there home planet Rodul. Settling in to there new home on Earth the family soon feel in love with their adopted home. To help integrate into the new home Nathan changed the family name and began creating art that fit more with the Irish inhabitants. Erin a master chef also began adopting the native recipes of their new home and also opened a small restaurant.