From 118Wiki
(Redirected from Denobulans)
Jump to navigation Jump to search 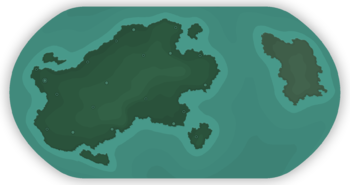 Denobula, With its two continents and 4 surrounding islands. The larger of the two is home to almost all Denobulans on the planet.

Long ago, the Denobulans believed they were the only intelligent species in the galaxy. First contact with the B'Saari would alter this perception.

Denobulans have fought several wars against the Antaran race. The last one was during the late 17th century. Denobulan battle tactics killed 20 million Antarans, and over time, the Denobulans demonized the Antarans and made them a faceless enemy. As of the 22nd century, there were still some Denobulans that hated Antarans, although most have outgrown the hatred.

By 2378, the Denobulans had cemented themselves firmly as a member species of the United Federation of Planets. The joining of Denobula is still a cause for debate especially among the youth. Many who were young or nonexistent during the addition of Denobula, now firmly oppose it. [3]

In the years before Unification nearly all the governments on Denobula bar one, a Republic, were Democracies, with a strong emphasis on freedom of the individual, rather than the rights of the collective. Unlike many other governments, Denobulans have had strong systems to promote individual constituencies talking to many levels of the government. In addition, the extended family clans, and nature of Denobulans has promoted a more harmonious outlook. This naturally led to the eventual formation of the world government.

The formation of the world government occured when the old nation-states realized they could not afford separate exploration of the stars, and to promote the peace of the world, they began to form the government. After three years of discussion, the Treaty of Unification was passed, Signed in the new Denobulan Capital of Ulkhar, (a city never a capital of the forming nations), forming the current government.

The Government is a democratic republic- There are a few levels of Government on Denobula, each ranging in how much power they have.

Precinct : Mayor - serves a 2 year term, may serve an unlimited amount of terms. Mayors are often expected to serve as leaders for as many as 30k citizens, serving a subdivision of a region. They are considered the most local leader.

Ministers represent voters over wide regions, usually serving nearly a million to possibly more voters. You will often see a Minister, rather than a Mayor, in charge of major city-regions, with districts of the cities having mayors.

Regional leaders are largely what the leaders of the old nation states were, albeit more of them. Largely represent billions. Serve as the advising council to the president when one is needed, and often, presidents are drawn from this pool by the voters. Although there are notable exceptions to this trend.

Head of Government: President of Denobula - (5 Year term, may not serve more than 2 concurrent terms.)

The head of state of Denobula. Serves the planet and off world colonies. After the fourth president served eight terms in office, an amendment was made to the articles of the treaty to disallow three concurrent terms. This has lead to oddities such as the fifteenth and sixteenth president trading off every two terms, but no such trend has persisted for long.

The different levels of government are each voted for by the people after a small campaign season in which the electees can show their manifestos and what they will do for their role and how it will help the people. (I.e. More money for the Medical sector.) After joining the federation a 5th level was added which isn’t above the President but is the Denobulan ambassador to each of the Federation planets. Some ambassadors will serve for multiple planets in close proximity. This level also does apply to ambassadors for non federation member planets. As the ambassadors, in a very unusual policy, are elected, it is not unknown for the ambassadors to disagree with the current administration. This policy has caused friction with many planets, as the deals they negotiate may be rejected upon review.

This government faced a trial by fire when the Antaran war came to them, and emerged stronger, and has participated in many Federation wide programs, especially in sciences and medical. Denobulans are also considered one of the highest member nations to provide aid within the Federation. Over its history, the Denobulan government has traditionally favored more freedoms for individuals over the rights of the collective. However, this balance has gone back and forth - current trends, especially with some unrest on one Denobulan colony, are trending back towards collective rights. However, long-term social trends suggest that this is only in times of turmoil Once a colony is stable and passes the 5 million mark, it gains it's own regional leader rather than having it's mayor's and Ministers report to the president directly.

Even after joining the federation the governmental system is still the same and has been since the unification of the nation states. 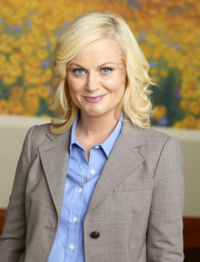 Brax, the first President of Denobula.

Denobulans have prominent facial ridges running down either side of the forehead to the cheeks, an enlarged brow ridge under a high receding hairline, a vertical crevice in the center of the forehead and a ridged chin. They also have a ridges on their back, along the spine. Their toenails are dark brown in color, and they grow so rapidly that they must be groomed once a week. Denobulans also have very long tongues, and they use tongue scrapers. Denobulan males have a line of hair down the middle of their chest, up to their throat.

Denobulans also have a unique ability to enlarge their face. This is an instinct for when they feel threatened.

Denobulans are usually known for their long life-spans. An average Denobulan can healthily reach an age of 350 years, although they usually look visibly younger. Denobulans living around other races can get sensitive about their age, usually feeling old, even though they might only be in the beginning of their lives. Denobulans also can operate without food for considerably long durations. Eating not only enables them to keep up their strength but also accelerates their cellular metabolism.

Denobulans normally require very little sleep, but they do hibernate for a sleep cycle of five to six days each year. However, at a minimum, two days are sufficient. If a Denobulan is nearing a sleep cycle, they might experience bouts of dizziness as a consequence. If a Denobulan is awakened prematurely, the results could be somewhat unpredictable; hibernating Denobulans, if woken, appear extremely disoriented and confused, with oddly pitched voices, and have difficulty maintaining normal motor skills and cognitive functions. It is believed that due to the prevelancy of daylight (because Denobula orbits three stars) causes Denobulans to sleep less, over time they are thought to have evolved to adopt to this.

Denobulans had highly efficient natural climbing abilities similar to those of Earth lizards, being capable of scaling vertical rock faces at a rapid speed with no equipment whatsoever. In this manner, a Denobulan could appear to scuttle up a rock face without needing to find handholds.

A minor percentage of the population has a genetic mutation causing the loss of the characteristic "chin ridge", this is also known to happen among hybrids. Those without a chin ridge find it easier to grow facial hair, although it is possible for those without the mutation.[4]

Denobulans have blue blood. Denobulans being descended from shelled oceanic invertebrates means their blood carries hemocyanin in the hemolymph fluid around the blood cells. This causes the blood to take on a light blue, matte hue

Denobulans are typically polygamous, where a man typically has three wives, who each have three husbands. This creates extremely large extended families - as such, it is possible for one Denobulan to have 720 familial relationships, 42 with romantic possibilities. Marriages are not exclusive, and married Denobulans can be intimate with anyone they choose. The females emit powerful pheromones and mating, known as jaa-uu-gah, can require medical supervision. Denobulans typically prefer to be amongst large groups and find solitude uncomfortable.

Amongst Denobulans, it is considered healthy for a person to hallucinate, as it is seen a harmless way to release nervous energy. Talking during meals is seen as inappropriate an a waste of time.

Most Denobulans grow up learning the Denobulan language, with Federation Standard as a second language from an early age.

Content from this article may have
come partially, or entirely from
Memory Alpha
Retrieved from "https://wiki.starbase118.net/wiki/index.php?title=Denobulan&oldid=306748"
Categories: