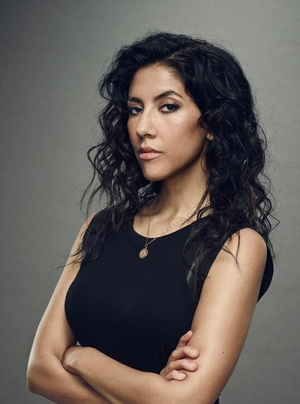 Deexila Etraax is a Daughter of the Second House of Betazed.

Deexila was born into the second house of Betazed, often spending her youth sliding down banisters and playing dress-up as fancy nobles heading to the ball in their fancy ball gowns with their husbands, Deexila always being the noblewoman and Jessit always being the husband. the young nobles were tutored by a Betazoid Professor, Mr. Etibel Oket (Ate-eye-bell O-kit). Mr Oket was also key to helping the young Betazoids when their telepathic and empathic abilities began to develop, and their parents were very paticular on the use of the second houses privleges, and how special their children were. Deexila is a graduate of the Univerity of Betazed with a high distinction in micro-biology, Botany and Ecology - following in the leads of the house of sciences.

Her elder sibling Jessit had come to the realisation that they were Non-Binary in 2384 and sucessfully concealed the information until 2392 when a conversation began out the stray thought one dinner. The family understood and respects Jessit, but, along with the provocative media about them, Jessit was pushed down the ranks and seconed to Deexila. It caused great disagreement between the two for a extensive period of time.

Deexila's curiosity about a person will often will often result in her quietly shuffling through subconcious memories. She prefers telepathy over spoken word and will jump at any opportunity to do such. Deexila is a firm believer in the idology of Betazoid "Naked Truth". She will often tell one about their flaws, and fully expects the same treatment in return, regardless of her nobility status. Such truth is one of the more prominent, if not the only thing she would ever verbalise, often in a manner that would be considered annoying or rude by those who do not understand her reasoning.

Deexila is a PNPC played by the writer for Rebecca Iko.