Ashana was a noted—if not sometimes, notorious-Ardanan diplomat. Her most recent post was Federation ambassador to Duronis II.

Despite her appearance of being in her late 40s in Terran years, Ashana is rumored to be in her 70s, perhaps even 80s. (Ardanan lifespans are similar to those of Terrans.) She credits her youthful looks to a rigorous Ardanan self-care regime and vigorous daily exercise. The Ambassador does not like to be asked her age, which is removed from official documents.

Ashana is always immaculately dressed, even during informal occasions. She is known for a broad collection of fashion from various Federation member worlds. One of her favorite materials is Tholian silk.

Ashana was raised until her teens on Ardana’s floating city of Stratos, still legendary for its anti-gravity technology. She notably was the daughter of a famed marriage between a leading member of Stratos’s ruling council and a charismatic and highly popular Troglyte labor leader. The partnership was well known, putting Ashana firmly in the public spotlight from her early childhood.

On the surface, Ashana is the quintessential Stratos native. She is highly articulate, intelligent and perceptive, with strong artistic sensibilities. She notably possesses the aristocratic air common to Stratos city dwellers. She is very polite and well spoken but can be aggressive and forceful in getting her way. However, she is honest and direct, refusing to resort to political lies and subterfuge-a trait she inherited from her father.

In her 20s, Ashana studied on Earth, pursuing advanced degrees in diplomacy, political science and interspecies negotiation from Cambridge University and the l'Institut d'études politiques de Paris. In fact, she speaks fluent English—she chose to adopt a British accent—along with French, although the latter is no longer wildly used on Earth. In addition to her schooling on Earth, she complemented this with studies in philosophy on Vulcan, art and military history on Andoria and Betazed.

But beneath Ashana’s highly cultivated and stylish veneer, there is something of a rebel, both in professional and personal spheres. Ashana had her first marriage to an Ardanan political leader annulled only after three days. Most famously, Ashana had an intimate relationship with Goral, a Kilngon captain of high birth who saved the transport that was carrying her during the Dominion War. Following the war’s end, she eventually married and lived with him on Qo’nos. At a renowned public gathering, one of her husband’s rivals gravely insulted both her and her husband. The next day, the rival was found ritually killed. The weapon was none other than a digging tool used by Troglytes on Ardana. (Ashana was known to have brought several with her to Qo'nos.) Under Klingon law, the killing was perfectly legal, so no investigation was ever began, but it was clear that Ashana eliminated the rival personally. The story comes to light now and again in diplomatic circles, but Ashana refuses to comment. Of her marriage to Goral, she says that her ex-husband considered her to be an honorable wife. Despite their divorce, they are said to remain on very good terms. As for life on Qo’Nos, she will only say that she has an occasional craving for gagh—but only if it’s fresh.

Politically, Ashana is known for occasionally dramatic behavior, especially when it is to her advantage. After listening to a long diatribe by a Tellarite ambassador against her stance on environmental protections at a trade conference, she wordlessly stood up and threw him out of the room. She then told the other attendees, “The production of such hot gas is an offense to nature and unproductive to diplomatic discussion.” She then revealed how the Tellarite was receiving kickbacks from various mining consortium. Unsurprisingly, her strong opinions and forthright behavior have made her several enemies both in and out of the Federation.

Despite the theatrics, Ashana is known for being highly loyal to the Federation and its objective of interspecies understanding and collaboration. She does draw the line at what she see as the tendency of “certain member worlds” for dominating Federation politics. Similarly, she appreciates Starfleet but sometimes questions the agenda of those in charge. For that reason, she is not always popular with top brass. On multiple occasions, she has been known to grill officer for actions she considered unethical toward, disrespectful or dismissive of her vision of the Federation.

Around SD 239404, Ashana received a new assignment after taking several months off because of fatigue from a long series of negotiations ending an interplanetary conflict between two non-member but allied worlds. She was to be sent to Duronis II in order to get a firm commitment from the local planetary government, after what seemed to be indifference to the safety and well being of Federation citizens and Starfleet officers. 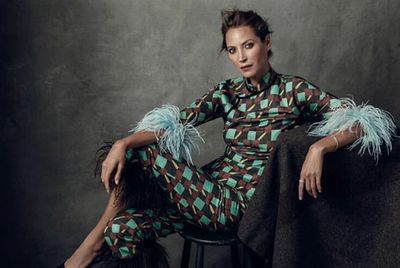 Ambassador Ashana in one of her preferred work outfits 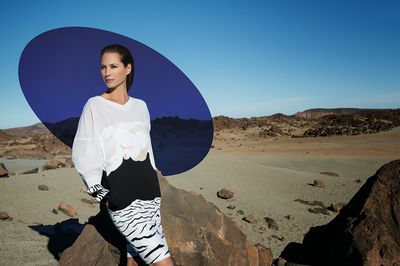 Ambassador Ashana during a recent visit to the Ardanan surface, during a rare day with blue skies
Retrieved from "https://wiki.starbase118.net/wiki/index.php?title=Ashana&oldid=239433"
Categories: