Siris looks similar to a human, but since El-Aurian's age differently to them he appears much younger than he is. (For every 10 of his years is like 1 for normal humans.) He also has a larger brain capacity and mental awareness which was heightened with his contact with the Nexus. This allows him to detect temporal variances as well as the presence of Q’s near him due to there interference in the normal timeline. Siris has learnt to use his developing emphatic powers for many different tasks and reasons, though he can tell who is close to him and what they may feel it is not always right, as he is still developing the ability.

Siris was born 2141 in Talaal, a beach settlement on El-Auria to loving parents - Alzulu and Iris. He lived a very normal life till 2265 when the planet was attacked; he fled the planet with several hundreds of others on a ship.

Over the next 28 years he hopped from planet to planet, before meeting up with survivor. They were headed towards the Alpha quadrant but before they could get there safely the ship they were on became stuck in a ribbon called the Nexus - an extradimensional realm in which one's thoughts and desires shape reality. He was only 148 years old at the time and still an infant in the eyes of his people. When he was sucked into the Nexus he felt at peace for a short time because he was returned to his planet and the beach he grew up on. This peace was shattered when he was eventually pulled from the Nexus by the USS Enterprise-B transporters. 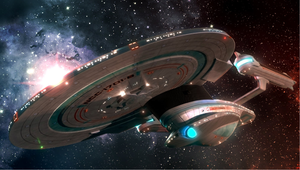 When the Enterprise-B dropped the survivors off at the starbase he found a small job at one of the local food establishments. He enjoyed listening to people talking about their travels and the planets they’d visited. He saved up everything he earned over the course of the 2 years he spent there. The knowledge and history he learned was phenomenal and it was like an addiction to him.

He left the station just after his 150th birthday; up to this point he’d managed to convince everyone he was 20 for the last 2 years. For the next several years he jumped from planet to planet learning everything he could. Siris used his renowned skills as a "listener" to serve his purpose as a con artist, to get passage to move around the galaxy. Siris had been seen by some roguish groups to gather information with ease, over time they found a use for him. To get them information about peoples secrets without them really knowing. This lead to him building up a small reputation as a person who could gather information, for groups, mercenaries and even some governments. The acquisition and selling of knowledge had now consumed him, as well as the money it brought him. He found this way was a lot easier to make money to travel the galaxy then what he’d done back on the starbase, until one day the law caught up with him and threw him in jail. He was released after 5 years in 2305, the time he spent in there had helped calm his craving for knowledge but not stopped it. He went back to searching out new and unknown species, Siris spent the next 70 years going from planet to planet studying each species history as far back as he could go. He even managed to get jobs on some of the planets as an historian. When he arrived on Earth, he’d seen it change so many times over the years, but this was the first time he’d been here. 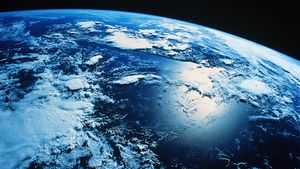 After arriving he found a place to stay right in the busiest place San Francisco, It was a very small apartment with a bedroom, bathroom and a lounge. It was all he would need in the way of space, over the first few days he explored the city learning all the good places to sit and listen to others talk. In 2379 he learned about a starfleet agency that gather intelligence and applied, he managed to pass all the test, but in doing so the agency found out his biggest secret. That he had managed to hide for so long that he was an El-Aurian. He worked at a desk in an office compile information in exchange they let him have some free raine on his other interests, like the history of earth and the federation. After doing this for 5 years he informed the person he reported to that he wished to leave, to explore more of the federation and its planets. Siris was convinced it be easier to do that if he joined starfleet and served as an intelligence officer. He did not think twice it was the best offer he’d had to date. He passed out of the Academy in 2388 as a full Ensign and went to work for the intel branch of information gathering.

Four years after Siris arrived on Earth joined a branch within Starfleet Intelligence as a civilian working. When he took his medical tests the doctors found out that he was not human directly as he had said on his application. After a few interviews he informed them he was an El-Aurian and they let him join as the civilian analyst he’d applied for. After his first few months within the agency he had excelled in the tasked he’d been set, and had managed to fit in some extra reading to further his knowledge. In 2384 his department head convinced him to stay and join Starfleet as an officer,

he decided to do it as it would give him the opportunity to learn more with a lot of ease. After his four years at the Academy with its ups and downs he passed, he was surprised not to finish in the top half of his class but his arrogance of being slightly more knowledgeable had backfired. He achieved high grades in written tests but scored low in his practical ones. 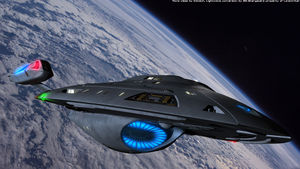 In 2388 Siris was posted to the USS Hill a front line scout ship as the Intel analyst doing a similar job as he’d done from before the academy. He found it very tedious and boring, Siris poked his head in on things he should have not getting him a name as a spook with the crew. He served on the ship till his promotion to Lieutenant in 2390 and transferred to Starbase 118 to work as a department head overseeing reports from the sector. He love this job as it gave him even more chances to interact with others and learn new things. On stardate 239109.24 he was promoted to Lt Commander within the same department, Siris now wanted to get back out into space and started to make esquires with contacts he’d made within starfleet and in 239112.?? was sent to the USS Constitution as Mission Adviser but on arrival was promoted to Acting First Officer pending official word from Starfleet Command. Not long after boarding the ship and meeting the Captain a twist of events gained him a further temporary promotion to Acting Ships Captain when Commander Shelther Faranster and several of the Constitution's command staff were held hostage. After the release of the hostages Siris resumed his duties as the ship new First Officer for a short time till he was adversely affected during the Prometheus incident and returned to earth for treatment. After he recovered he decided to pick a new career path, and joined the ranks of the Marines. After completing the Marines new SWAT training course he was transferred to USS Victory. 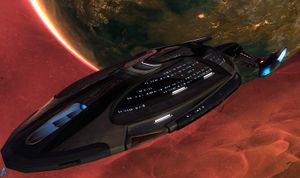 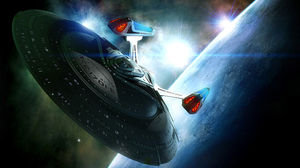 On stardate 239207.14 Siris and the crew of the USS Victory transferred over to there new ship the USS Gorkon a Sovereign class starship, launched in 2392 under the command of Captain Quinn Reynolds. 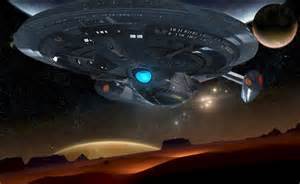 Siris transferred to the USS Avandar on ?? as the Chief Marine Officer. While on his first mission on board the ship he was sent with an away team down to Telder, while there he assisted fellow crew mate Danny Wilde in rescuing people from a collapsing building. During the rescue he fell several floors and injured his chest and broke his arm, once rescued by Commander Tracey Townson & Ensign Danny Wilde they were beamed back to the ship only to be reflected back down. Siris and Danny were held by Telder forces while captured, Siris took several phaser shots at close range and only survived due to his Marine Combat Armour. After his recovery he was given a welcome surprise ......