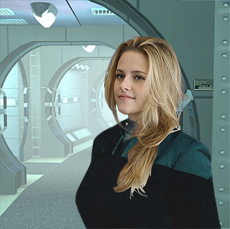 Penny York, a Terran, is currently a science officer aboard the USS Avandar. 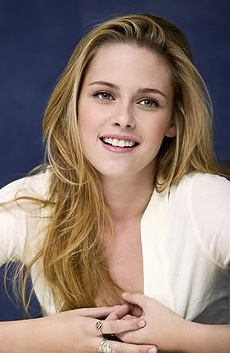 Born on Starbase 118, Penelope “Penny” York grew up around many different species and cultures. For this reason she is very outgoing and tolerant of aliens and their odd behaviors, but even though Penny comes across as very friendly, she has a shy, naive quality about herself, mostly due to inexperience and a lack of self-esteem. She is also very gullible.

Having been born and raised on a space station, Penny does not feel comfortable being planet side. She finds the great outdoors overwhelming and a bit frightening with all the plants and animals roaming freely around. Although simulated outdoor environments do not bother her at all, i.e. holodecks. Among the stars is where she feels most at home, and that is what she focused her studies on at SF Academy, astronomy and spacial anomalies.

Penny’s personality can best be described as goofy and fun-loving. She enjoys Earth’s urban culture from the 20th century and can often be found indulging in cartoons, specifically Bugs Bunny and the Smurfs. She also has a major crush on Superman and Hefty Smurf, and loves the color blue.

While not really considered an outstanding scientist, even in her field of expertise, she is competent, hard working, and pleasant to be around.