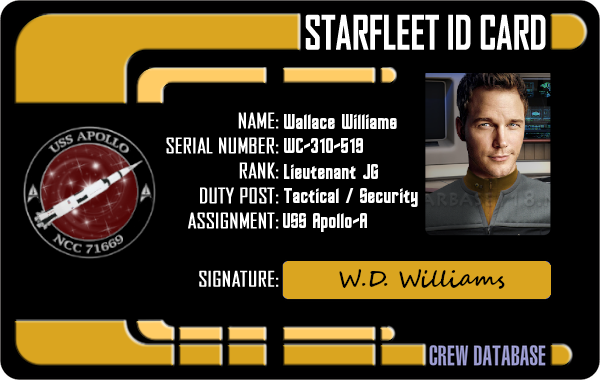 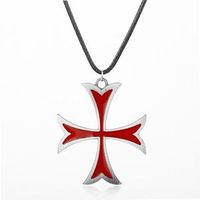 At stardate 239602.9 Wallace, while on his way back to the Embassy of Duronis, was caught in a wormhole that transported him to the Delta Quadrant, as luck would have it, the Apollo was on shore leave close by and mounted a quick rescue. As Wallace knew his experience in front line combat as a marine would best serve the ship as a security officer, given it's dangerous area of operations, Wallace made the conscious, but reluctant, decision to volunteer to join in the security department rather than tactical. Wallace his current goal is to find a way back to the Embassy to reunite with his wife and Brother. Not having had the chance to say good bye, Wallace is heart broken, but will return one day, one way or another.