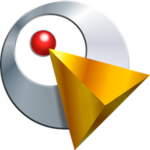 For many other cultures, the study of Vulcans is a laborious one, filled with contradictions and paradoxes. We say that we act only on logic, yet practice what some may consider almost barbaric mating rituals. We eagerly dissect each nuance of science and mathematics, yet possess a deep spirituality. We are coldly rational and passionately traditional. Many of these seeming discrepancies are vital parts of Vulcan culture and although other species despair of ever fully understanding our mindset, to the people of Vulcan it is only the logical way to exist.

One of the central and most overemphasized assumptions about Vulcan culture is that we have no emotions. Not only do Vulcans have emotions, our emotions are so strong and violent that in order to ensure the survival of our race, we were forced to find ways to suppress and control them. Surak, one of the most important figures in Vulcan mythology and history, brought the Vulcan race out of widespread warfare and into a golden age of logic and peace by teaching his people how to control their passionate feelings. For over 2000 years, the Vulcan people have followed Surak's teachings, continuing to learn methods to restrain and control our inner compulsions.

This is one reason for Vulcan meditation - we are trying to analyze and understand our feelings, so that we can act on logic, rather than emotion. Contemplation and intense internal dissection help the Vulcan people to understand our emotional responses, so that we can banish and control those urges in order to apply logic and reason. If a Vulcan is angry, meditation helps him to understand the source of that emotion and apply reasonable arguments to his own desires. If a Vulcan is happy about something, meditation helps her understand that feeling rather than relying on the fickle responses of emotion. The habit of meditation is conjoined with and almost indistinguishable from the practice of mental exercises to compartmentalize emotional response and practice logical thinking - working kal-toh problems or enigmatic mathematical equations, for example. Surak taught many such exercises to his first disciples.

Vulcans consider it a serious breach of etiquette to show one's emotions in public, and such display is looked upon with disapproval and contempt. A Vulcan who cannot control himself, whether through age and infirmity or through choice, is considered an outcast, pitiable and ignored. Commonly, a Vulcan will choose to pretend the emotional outburst did not occur, rather than dignify it with a response. Similarly, Vulcans have a difficult time interacting with the Federation's more emotional species, leading to a certain aloofness.

Much of this information comes from The Way of Kolinahr: The Vulcans Sourcebook.