From 118Wiki
(Redirected from Virgo, Sakara)
Jump to navigation Jump to search 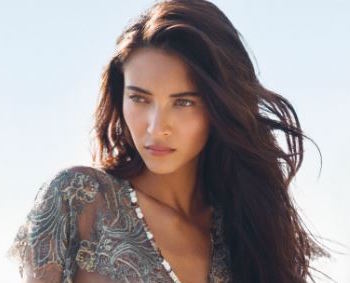 Lieutenant Sakara Virgo came from unique origins. Her birth is the result of an arranged marriage between a Ligonian Prince and the 5th House of Betazed, know as the De'Marc's. She is the only child and deeply loved by both parents.

Born on Ligon II, Sakara Indigo Virgo was born, according to Terran time tables on July 4. Yet accodring to Ligonian beliefs, she was born on a day the moons of Ligonian were all aligned and visible in the sky.

As part of her upbringing, Sakara was treated by Terran standards as a male child, instead of a pampered female. As she grew up, her parents taught her Ligonian ways as well as Betazoid ways. She was trained to be a warrior at heart and yet had the dignified mannerisms of the polished Betazoid etiquette.

When she was old enough, her father taught her how to fight using all sorts of techniques until she became an accomplised in hand to hand combat, martial arts and fencing. She is also very skilled with archery. She has a great love for archery and is often found practicing.

Her mother, Sarri, taught her to use her mind. When she was a teen ager, her mother noticed her empathic abilities. Sakara was at first fearful of how she was "feeling" other's emotions and getting "glimpses" of their thoughts, The telepath she was receiving wasn't very powerful and in fact it was just single words, she'd pick up on but instead of trying to teach her to be more telepathic, her mother strove to enhance her empathic abilities. This was mostly because the Ligonain people frowned on telepaths. They found "reading" to be un-honorable. However, Sarri taught her daughter to hide her abilities and only use them for her own advantage. Sarri suggested to practice this with her father. When he was in a bad mood, she could "feel" it and simply come back to ask her questions when he was in better mood. Sakara had found this amusing and practiced it so much with her father that she soon learned when she could approach him and when she should wait for another time. She soon began to practice this with her Professors and other people, however, not letting on that she was "senseing" their emotions and reacting accordingly. She became a master a it over time until it became a natural part of her ways.