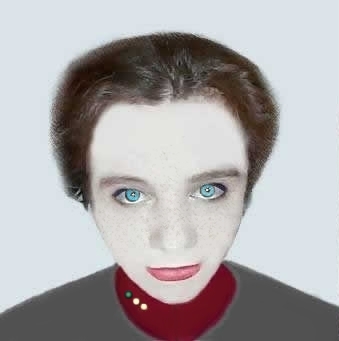 Physically, Victoria is very diminuitive at 152 cm (5') tall and under 40 kg (<90 lbs) with medium length brown hair with reddish highlights, blue eyes and with a slight, but resilient athletic build honed from years of studying various martial arts disciplines and engaging in extreme sports.

Due to her El-Aurian, Zeon and Terran genetic make-up, some aspects of Victoria's appearance are rather striking. Her appearance gives others the impression she's a young teenager. She has no body hair growth, but her scalp hair is very thick and sturdy at 3 cm (1 inch) from the root, almost quill-like, but then hair beyond the first 3 cm length becomes finer and flexible - This type of hair has been a nightmare to maintain, so when she's not required to pull it back into a bun or ponytail, it is naturally bushy and spiky. Her large eyes are a light blue. Her complexion is alabaster white, except for a faint spray of freckles across her nose, upper cheeks, and across her shoulders - they become more pronounced should she stay out in the sun too long. She has an extremely active metabolism that makes it difficult to keep any amount of weight on, but at the same time does not allow her to build any visually-significant muscle mass, a trait easily seen in her thin arms and legs. Ironically, despite the lack of visual muscle tone, Victoria is very strong for her appearance.

Career Prior to Starfleet Academy 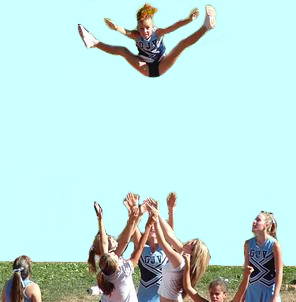 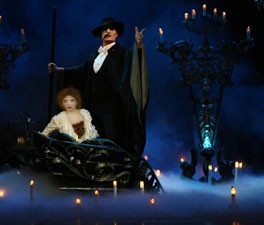 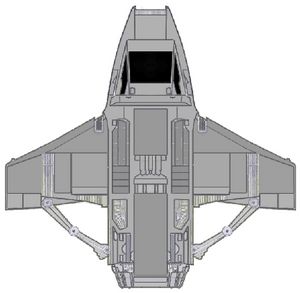 Yladro used this vessel to successfully attack three Borg ships using an innovative weapon created by Lt Commander Sabdok and Lt Keely from a Starfleet R&D Prototype. The fightercraft was sabotaged by a shapeshifter hired by Admiral Axel Sennheiser who wanted to eliminate Yladro before she could discover a threat to the Constitution-B and her crew.

2218   Ivan Hnadlaz moves to Halkan to practice ayurvedics and naturopathy techniques he learned from various worlds he's visited on his way to Halkan from Sol III.

2219   Ivan Hnadlaz meets and marries Wehra Posiac (Maternal Great Grandmother), a refugee from Zeon (her birth date is unknown; reason for exile from Zeon unknown, but probably due to something really awful that either her parents did or were accused of).

2232   Ivan Hnadlaz cures a rare disease in a village and is appointed a Shaman by the local Prefecture.

2250   Tovaz Hnadlaz is trained by his father and two years later is appointed a Shaman by the local Prefecture.

2289   Vicentz and Zhanda Yladro arrive at Sol III; son Richard David (his Zeon name Rihad) Yladro is born in Santa Monica, California, Sol III two days later (he is named after the Starfleet doctor who delivered him, otherwise he would've been given an El Aurian or Zeon name by his parents).

2290   Vicentz Yladro, a theorist and scientist in energy fields, is hired as a warp propulsion engineer for Starfleet and helps to create advanced magnetic constriction segment components. He is later promoted to project leader for the design of the off-axis field controller still used in current warp field nacelle construction. Zhanda relegates to homemaker and immerses herself into painting and raising their children. Daughter Miqua Ciara Yladro born same year. Tamra Woburn Schneider (Maternal Grandmother) is born in Berne Switzerland, Sol III, parents information not available.

2293   Zhanda's third child is born, Joseph Avris Yladro (Fraternal Grandfather), during family vacation to India, Sol III - at this point Zhanda and Vicentz opt to use Terran names so that their children would be better acclimated to So III and to stave off xenophobia by their peers - Megan becomes Miqua's nickname, which she uses until 2326, Richard never liked his Zeon name and always refused any connection with it..

2314   Joseph Yladro meets Michelle McAdams in Belfast during a concert tour, they marry at the end of the same year.

2320   Tovaz Hnadlaz meets Tamra Schneider on Halkan at a State dinner party she is catering.

2323   Tovaz and Tamra Hnadlaz marry in Bern Switzerland, but live in Halkan where she opens and runs a restaurant.

2324   Lizette Hnadlaz (Mother) is born on Halkan to Tovaz and Tamra.

2329   Theodore Wustof Hnadlaz is born on Halkan to Tovaz and Tamra.

2330   Richard Yladro has falling out with the family, he departs for computer design work at Utopia Planitia Yards on Mars: a known recluse when not working, he prefers not to associate with the Yladro family for nearly 33 years.

2331   Isidore shows similar early prodigal talents as his father, but on piano - Isidore joins Joseph on tour for twenty-six years.

2332   Tovaz Hnadlaz trains his daughter, Lizette all he knows about the healing arts, as Theodore's shows more interest in learning his mother's business.

2336   Isidore Yladro meets Lizette Hnadlaz on Halkan tour stop. Lizette is appointed a Shaman by the local Prefecture and practices alongside her father.

2348   Tovaz Hnadlaz dies (old age) on Halkan. Soon after, relatives on Sol III bequeath the entire Hnadlaz family estate and winery business in Switzerland to Tamra Hnadlaz. Due to grief and business pressures on Halkan, Tamra passes the estate and business on to her son Theodore (who ironically is extremely allergic to certain chemical components in synthehol and fancies the "genuine item", especially his families' vintage) - he moves to Sol III.

2355   Victoria Zhanda Yladro born in Reykjavik Iceland, Sol III, backstage during Isidore and Joseph's concert tour performance. Lizette's midwife is her husband's grandmother Zhanda - the difficult birthing experience somehow forges a unique, indelible bond between Victoria and her Great-Grandmother Zhanda (its something to do with Zhanda being an El Aurian, Victoria's El-Aurian dominant genes and the mysterious circumstances of the birth).

2363   Vicentz Yladro dies (old age) in England, Sol III. Aunt T'Miqua P'rel from Vulcan and Uncle Richard Yladro from Mars attend the memorial service. Uncle Richard rekindles his relationship with the family by reconciling with his mother Zhanda, but he still remains decidedly reclusive. The entire Yladro family living on Sol III relocates to the Hnadlaz Estate in Berne, Switzerland at the behest of both Tamra and Theodore Hnadlaz. Victoria Yladro begins to demonstrate exceptional talents in graphic arts and singing, but she develops stronger interests in science and the martial arts. At eight years of age, Victoria shows significant signs of slower physical development but considerably higher intelligence growth for children of her age - she will soon skip-over numerous school grade levels and graduate high school at the age of nine.

2365   When her parents catch Victoria base-jumping with an improvised parachute across a bridge span, the 10 year-old is resigned to accept a scholarship to The Julliard School, New York City, Sol III to study vocal music and martial arts. Soon after arriving, she is courted by four different advertising agencies to model. With the poise and maturity of someone years older, Yladro moonlighted from school on the Broadway stage at the risk of expulsion from Julliard.

2367   While onboard a Federation ship headed to Napia, Grandparents Joseph and Michelle are assimilated by the Borg at Wolf 359 - their ship is destroyed and all are assumed to have been killed during the resulting battle.

2369   Victoria Yladro is accepted to Grand Cayman University and relocates to Starbase 218 to study theoretical physics.

2370   Vincent Yladro moves to study stellar cartography on Starbase 73 but becomes enamored with Risa, changes his educational major to Cultural (hedonistic) Anthropology to study full-time there.

2371   Marlene Yladro joins Starfleet, trains to become a Science Officer, Marta Yladro begins working with Uncle Theodore and helps to successfully diversify the family business again (gourmet chocolatier). At sixteen years of age, Victoria becomes one of the youngest students to graduate from Grand Cayman University with a degree in theoretical physics. Her training shuttle is intentionally sabotaged by a psychopathic Bajoran flight instructor, it crashes on an uninhabited planetoid. The flight instructor then unsuccessfully attempts to rape and assault Yladro, but he dies fifteen minutes later from various injuries inflicted by the usage of her martial arts skills. Unconscious due to an unstable life support system onboard, Victoria, battered and traumatized, is rescued five days later by Starfleet personnel from Starbase 218.

2372   Victoria Yladro receives civilian flight certification (bridge operations station) on the visiting Starfleet Medical frigate USS Salk - she applies to Starfleet soon after and enters the program at the San Francisco campus. Marlene Yladro transfers to the Starfleet Disease Control Laboratories to work on antidotes to exotic engineered contagions. Vincent decides to pursue a doctorate in Hedonistic Studies on Risa. Marta Yladro, demonstrating superior business and ethical skills she learned from Tamra and Zhanda, is appointed COO of "Tovaz-Schneider" by Uncle Theodore.

2374   At 19, Victoria completes basic training at Starfleet Academy and stays on to focus on Operations and Helm Systems.

Flying this maneuver inflicts near-catastrophic damage to the spaceframe due to the extreme exertion of the RCS, IDF and SIF forces required to perform it, and is only to be used as a last-ditch effort.

2378   Victoria (age 22) is unwillingly detained at Deep Space 5 by Admiral Sennheiser, but she passes the time by completing Diplomatic Relations Training and then begins Bridge Operations Training.

2381.6.25   Victoria (age 26) became the first to utilize a personal phase cloaking device in a combat situation. In the same mission, was also able to bring out ten Borg data nodes containing an enormous amount of viable data for Starfleet Intelligence. Five days later she became the first to pilot a battle shuttle equipped with transwarp capabilies at transwarp speed, successfully traversing the distance between Bajor and Betazed in four minutes.

2381.9.09   Victoria is promoted to Lieutenant by Fleet Captain Xan Hebron

2381.9.12   Inside a restored Maquis vessel during a covert operation, Victoria stumbles across a rucksack filled with a pirate's booty of gold pressed latinum. When docked at DS9, she haggles with Quark and an Andorian trader Tamvlot to purchase a Bajoran impulse raider for her personal use. She christens the small vessel "Gypsy Legend" in honor of the Maquis.

2382.08.5   Victoria is assigned to the Duronis II Embassy as their new Deputy Administrative Officer but a week later is named the Embassy's Chief Admin Officer.

2382.11.16   Aboard an upgraded Gypsy Legend, Victoria became the first figher pilot to use a 4x ion cannon against a Borg Tactical Cube, successfully severing the power flow to a tractor beam holding the USS Resolution - this weapon shut-down a considerable portion of the Tactical Cube, a companion Borg Tetrahedron, and a Borg Sphere, the latter of which she singlehandedly destroyed.

238307.15   Victoria penetrates too far into the Laudean Underground to find secrets about a new illicit substance called 'Mayhem'. She is beaten nearly to death by the Laudean Mob. She received major surgery to repair many broken ribs, bones and a 97% severed liver following the attack.

238310.30   Transferred back to USS Constitution-B as Second Officer. Engaged to Keely Lah'rel.

238405.20   While leading an away team to Angel One, Victoria's team is captured, released and on the sidelines of a civil war. She is exposed to both ionizing radiation and tachyons which causes the spontaneous birth of a child that quickly dies. Victoria endured an emergency procedure to remove the 20 minute-old child and repair internal damage caused by the sudden onset of fetal growth.

2384   Yladro's Bajoran Marauder, The Gypsy Legend is sabotaged and begins to fall-apart while mid-flight over Risa and crashes into a mountainside. Yladro is extraced via transporter moments before impact, and the vessel is unrecoverable.