Ensign Kestra, a Risian, was a science officer aboard the USS Vigilant. She was killed in action on stardate 239016.08 whilst on an away mission during a joint operation, in cooperation with the crew of the Duronis II Embassy and it's people. Her death certificate states that her neck was snapped and that death came quickly. 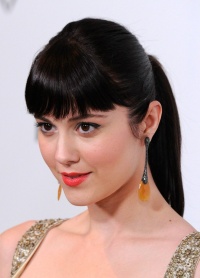 The Vari family have worked in the tourist industry for generations. The family own a small hotel and each generation takes over from the last. Dedrik who is the oldest of Kestra's brothers has already begun to take over management and her other brother and sisters also work in the business.

Kestra is the youngest in her family and has met a lot of different types of people and species due to tourism including a number of StarFleet personnel. She decided she did not want to be living in the shadow of her brothers and sisters and longed for something more exciting.